The founder of Steve Jobs Schools (SJS), Dutch market researcher and entrepreneur Maurice de Hond, wants to use the creative philosophies that have made Apple one of the most innovative and successful companies in the world, to revolutionise the traditional method of classroom teaching through embracing technology to give students the freedom to learn at their own pace.

The Jobs philosophy on business, design and life revolved around self- actualisation, having the confidence to find and listen to your inner voice, and never settling, even when you had succeeded.

De Hond believes these pillars, along with the advantages of technology, can help learners uncover their hidden potential and use it effectively in attaining success.

The new South African schools, one in Sundowner, Randburg and the other in
Ruimsig, Roodepoort, are the pilot programmes for the idea outside the 12 established schools in Holland. The intention is to launch over 40 schools worldwide based on the success of the South African schools.

“Be a yardstick of quality. Some people aren’t used to an environment where excellence is expected.” Steve Jobs pic.twitter.com/yOqBz8lKm7

The concept has been hailed as revolutionary and as one of the most innovative ideas in education by Tech Insider magazine.

And it’s education that needn’t be expensive, as internet technology such as wider available broadband and public wi-fi, as well increasingly cost-effective equipment, can bring down costs significantly.

In an average SJS classroom, the use of technology, apps and iPads helps pupils to personalise and pace their own education. Teachers act more as coaches and facilitators of knowledge rather than, as De Hond calls it, “knowledge transmitters”. There is a strong emphasis on maths, science, engineering, entrepreneurship, creativity and problem solving.

The learning space extends beyond the classroom, again with the help of technology. While pupils can learn anything, anywhere, and apply it in the real world, teachers and administrators can more easily streamline tasks, data collection and assessment duties, all instantaneously and continuously.

De Hond hopes the South African SJS pilots will have “the potential to transform education and effectively integrate technology into the classroom, igniting student engagement. We’re thrilled to be bringing this revolution in education to South Africa.” 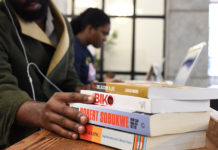 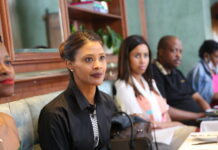 In honour of A Change-Maker who helps others 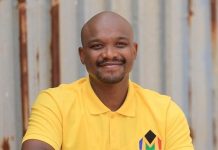