The Square Kilometre Array (SKA) global radio telescope project – which includes a first phase site in South Africa – published a book this month on the project’s progress. It features photos and analysis from some of the best science, astronomy and engineering minds in the world. 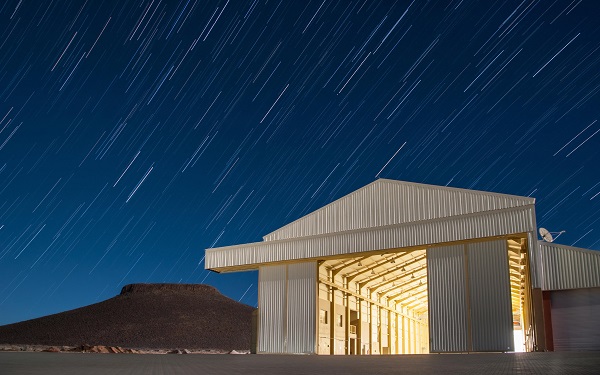 A new, updated two-volume book on the history and the science of the Square Kilometre Array (SKA) international radio telescope project was published in September 2015. South Africa is very much at the forefront of the SKA project; the MeerKAT telescope system, currently being constructed and tested in the Karoo desert, forms part of the first phase of the global SKA venture.
The chapters in this new book reflect both the science undertaken with the SKA, including ground-breaking research in cosmology and the study of dark matter and dark energy, as well as the global efforts by engineers and the science community to co-ordinate and construct such a massive international project.
Once completed, hopefully by 2024, SKA will interconnect a series of radio telescope systems in 10 countries in order to search space for a better understanding about the universe and solve some of the secrets of fundamental physics. 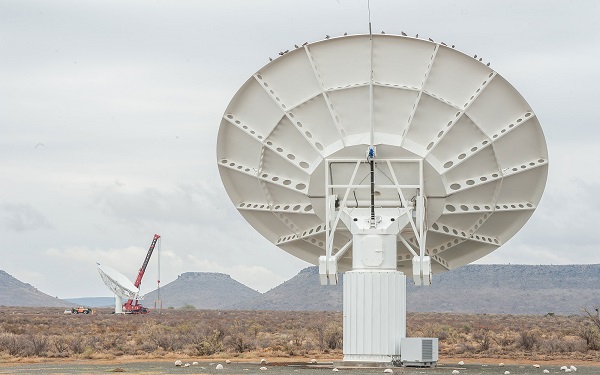 SKA is one of the largest global science projects ever undertaken, featuring a multinational representation of scientists, engineers and astronomers. The positioning of the African continent and the accommodating climate make South Africa a vital component of the project’s success. (Image: SKA/MeerKAT)

The Square Kilometre Array project is an international effort to build the world’s largest radio telescope, led by SKA Organisation. The SKA will conduct transformational science to improve understanding of the universe and the laws of fundamental physics, monitoring the sky in unprecedented detail and mapping it hundreds of times faster than any current facility.

The SKA is not a single telescope; rather, it is a collection of telescopes or instruments, called an array, to be spread over long distances. The SKA is to be constructed in two phases: Phase 1 (called SKA1) in South Africa and Australia; Phase 2 (called SKA2) expanding into other African countries, with the component in Australia also being expanded.

With support from Australia, Canada, China, India, Italy, New Zealand, South Africa, Sweden, The Netherlands and the UK, the SKA project has on board some of the world’s best scientists, engineers and policy makers. And over 100 companies and research institutions across 20 countries are involved in the design and development of the telescope. 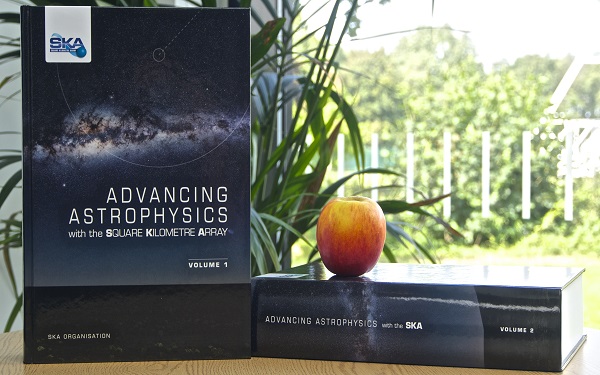 With 135 chapters, 1 200 contributors and 2 000 pages on the science behind the SKA project, its official companion book is titled Advancing Astrophysics with the Square Kilometre Array. It is available to download free from the SKA website. (Image: SKA/MeerKAT)

The book, titled Advancing Astrophysics with the Square Kilometre Array, consists of 2 000 pages in more than a hundred chapters, with contributions from more than 1 000 experts, scientists and members of the SKA organisation on astrophysics, cosmology and the search for answers in the universe, all within the context of radio telescope technology. Accompanied by a variety of photos and infographics covering the science and construction of the SKA system, the book is the authoritative guide on how this global initiative will work. It tracks the progress made on the project since 2004, highlighting the work being done in Australia, South Africa and other African countries including Botswana, Ghana, Kenya, Madagascar, Mauritius, Mozambique, Namibia and Zambia.

“The publication of the new SKA science book is the culmination of more than a year’s work by the SKA science team and the scientific community at large,” says Dr Robert Braun, the SKA science director in a release publicising the book. “It’s also a great testimony to the growing interest and scope of the SKA.”

According to the publishers, the book deals with SKA’s search for life in the universe through the study of molecules in forming planetary systems and the search for potential radio signals from intelligent civilisations. The search for answers from “the cosmic dawn” – the first billion years of the universe’s existence – will not only inform the past, but also give the world a look at what might happen to the cosmos in the future.

SKA and the NDP 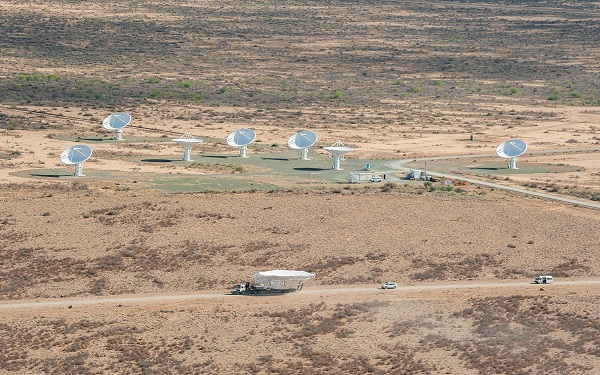 Construction of the South African SKA radio telescope project infrastructure, called MeerKAT, in the Karoo desert in March 2014. By September 2015, seven of the 64 dish installations have been constructed and tested. The global SKA project is set to be completed by 2024. (Image: SKA MeerKAT)

The SKA project in South Africa fulfils the requisites for some vital pillars of the National Development Plan Vision 2030, including skills development through increased job opportunities and training during the construction of the MeerKAT facility, using local labour and top South Africa engineering and science talent. 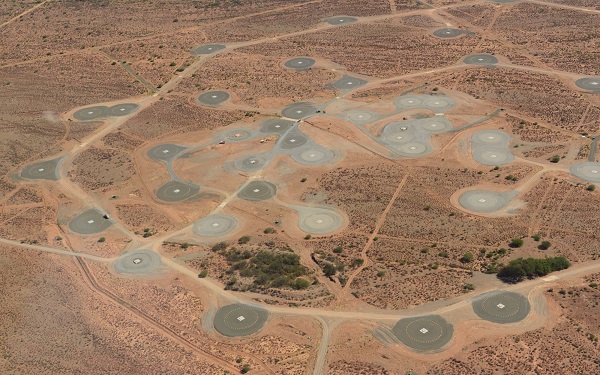 Construction of the South African SKA radio telescope project infrastructure, called MeerKAT, in the Karoo desert during March 2014. By September 2015, seven of the 64 dish installations have been constructed and tested. The global SKA project is set to be completed by 2024. (Image: SKA MeerKAT)

A MeerKAT in the Karoo 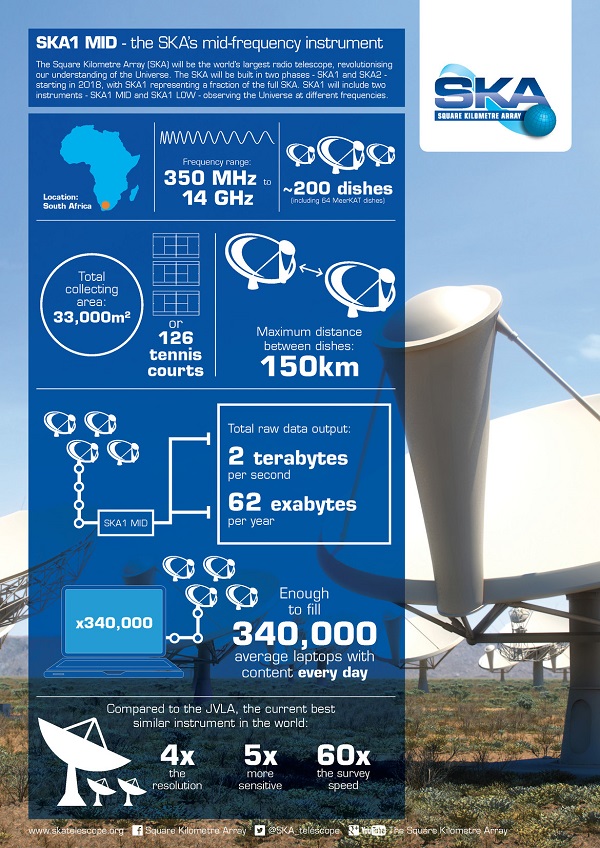 Further reading: Everything you need to know about the SKA project, including MeerKAT and the new book