South African Tourism and other stakeholders spoke about how they were helping the Hidden Gems in the country, during a live webinar.

Melissa Javan
The small- and medium-sized enterprises (SMEs) that were part of the Hidden Gems programme during Africa’s Travel Indaba earlier this year would have a three-year relationship with South African Tourism and other stakeholders, said Neil Nagooroo.

The relationship with the 90 SMEs on the Hidden Gems programme was part of the intention of SA Tourism and other stakeholders to help the businesses to grow internationally. Nagooroo said that they wanted to give the SMEs a platform to showcase their products or services at global conferences.

The Hidden Gems’ 90 businesses — 10 from each of the nine provinces — were the special focus of Africa’s Travel Indaba. The annual convention is held in May in Durban. Earlier this year, Sisa Ntshona, SA Tourism CEO, said a key focus of the Hidden Gems was to train and mentor SMEs, and help them with preferential access to influential industry players.

“For me, one of the Indaba’s highlights is our new Hidden Gems programme, which will help boost tourism by enabling smaller players. [The 90 small businesses are] emerging and existing enterprises are at least 50% black-owned,” Ntshona said.

The National Department of Tourism and the Southern African Tourism Services Association are working with SA Tourism on the programme. Through them, the entrepreneurs got exposure at the Indaba and had the opportunity to pitch their products and services to travel buyers during speed marketing sessions.

Septi Bukula of Osiba Management was a local buyer at this year’s Indaba. The company brings international conferences to South Africa. Clients often would ask them for certain tourism experiences, said Bukula, but his company did not have available services. Now it was working with SMEs with which it had connected at the Indaba.

“We were at the Indaba and after we heard that SA Tourism was undertaking SME development, we wanted to partner with SA Tourism. The Indaba was a useful experience for us.” Osiba Management now partnered with 14 of the businesses that exhibited at the tourism convention, and had set up a network with the SMEs.

“Our hope and intention is to grow the network and to expand it by bringing in more SME partners,” Bukula said, adding that his company told the small businesses that collaboration was key to growth.

Unique experiences such as opening up townships and heritage area sites were attractive to tourists, said Hannelie du Toit of the Southern Africa Tourism Services Association (Satsa) in the webinar. “Those opportunities are being taken up. Interaction with humans — I think that’s what tourists are generally asking for.”

Adventure and cultural activities were popular. “If your product or service is similar to others, think about what is your unique selling proposition,” she advised. Du Toit also said that SMEs should look at collaborating with those in their communities.

Also this week, Statistics South Africa released its “Tourism and Migration” report for April 2017. In that month, more than 3.8 million people (arrivals, departures and transits) passed through South Africa’s ports of entry. 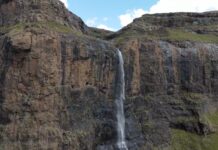