South Africa has spent more than R29-million on bursaries in engineering, astrophysics and astronomy in the past nine years, riding on the back of the SKA project. Young scientists from across the continent have benefited. One day, they may win Nobel prizes for their innovations. 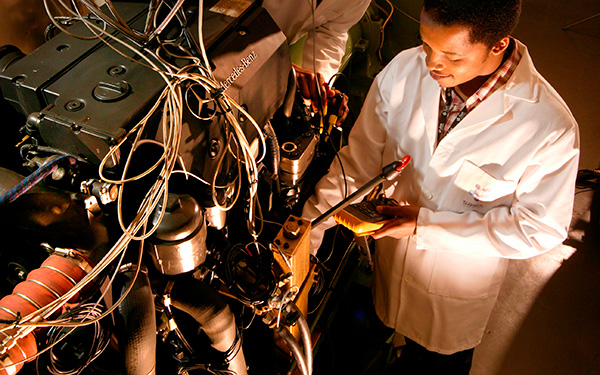 There is a need for scientists and engineers to be trained on astronomy data, said the director of the SKA project. (Images: Mediaclubsouthafrica.com)

• Design for SKA telescope ‘has been agreed’
• Fifteen amazing facts about MeerKAT and the Square Kilometre Array
• SKA: answering the big questions about the universe
• Time-travelling SKA to look back at the birth of stars
• Sir Stuart Ntlathi: an inspiring passion for science

Once you invest in astronomy, opportunities and investments in other fields, such as engineering, also grow, according to Naledi Pandor, the minister of science and technology.

She was speaking on the last day of the ministerial forum gathering of the SKA African Partner Countries, and was referring to the Square Kilometre Array (SKA), the major portion of which is being built in South Africa and its Africa Partner Countries. The gathering ran from 23 to 25 March, in Pretoria. The SKA was the world’s largest and most sensitive radio telescope, Pandor said. It would be hosted in South Africa.

Dr Bernie Fanaroff, the director of the SKA Africa, said the SKA is an array telescope. In layman’s terms, he explained: “We want to build a big telescope to view faint objects that are very far away in the universe. We can’t build that big a dish, so we’re planning to build smaller ones. That way we can connect them and feed their signals together.”

The SKA was vital for Africa, said Pandor. “It will raise the profile of science and technology on the continent.”

South Africa’s contribution to human capital development around the SKA included bursaries for undergraduate and postgraduate studies, and the funding of research chairs, including five in the area of radio astronomy. “These positions have attracted some of the world’s leading astronomers to South Africa. Since 2006, we have spent… over R29-million on bursaries in engineering, astrophysics and astronomy for students from our African Partner Countries.” 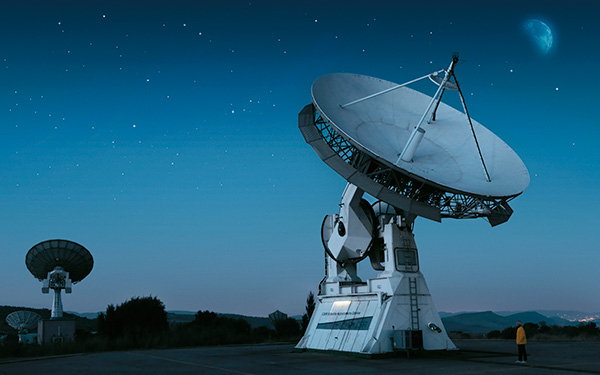 The phase 1 of the SKA project will be constructed by 2023.

Ghana had made progress in radio astronomy, making the participants “really proud”.

Prof Dickson Adomako, the director of the Ghana Space Science and Technology Institute, said several of its students were in South Africa during 2013 and 2014 for SKA-related training. “They manufactured a miniature radio telescope and great interest was shown in it. It was then transported to Ghana for an outreach programme.”

Much electrical and chemical work was still being done. “We hope to use the facility by September for research work.”

A Royal Society Fund was started last year, Adomako said. “We are able to train 60 young scientists in astrophysics and astronomy. The fund will expand over a three-year period.”

Speaking of training young scientists, Fanaroff said big data was going to become a trillion-dollar industry by 2020. “We want to train our scientists and engineers to work on astronomy data [analysing data from astronomy]. Big data will affect everyone.”

Every country in the world was short of data scientists. “Even if we train them in data and they leave the field, they will be able to be part of innovation.”

Thus far, he said, the bursaries given included 133 to African nationals and 513 to South Africans. “We want to be able to take the most promising students to become scientists.”

Through the SKA, Fanaroff hoped, Africans would win Nobel prizes for their innovations.