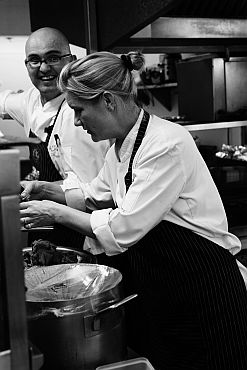 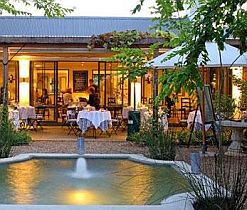 Five acclaimed South African restaurants, all located in the Western Cape province, have made it to the latest edition of San Pellegrino’s prestigious list of the 100 best eating establishments in the world.

They are Le Quartier Français in Franschoek (37); La Colombe in Constantia (38); Jardine (79) and Aubergine (96), both in Cape Town; and Rust en Vrede in Stellenbosch (98), whose converted cellar setting is also a national monument.

South African Tourism acting CEO Didi Moyle was full of praise for the five local tourist magnets, saying that the awards send out the clear message to gastronomes of the world that South Africa is a delicious destination. “This is a fantastic achievement not only for these establishments, but also for South Africa, which positions itself globally as a destination of superb and varied dining and wining.”

All of the South African winners consider atmosphere and history to be as important a part of their allure as is their food, wine and amenities.

Le Quartier Français was described by the San Pellegrino judges as a heavenly rural retreat, whose “beautiful setting is matched only by the sublime food that emerges from the kitchen of its flagship restaurant, The Tasting Room”.

Relais & Chateaux Grand Chef Margot Janse, who runs Le Quartier, was ecstatic. “It’s an incredible feeling,” she enthused. “The world is beginning to see what great dining they can experience in South Africa. The great showing by South African restaurants is an incredible achievement for South African cuisine.”

The original Le Quartier buildings were labourers’ cottages which were upgraded and used for accommodation until the first restaurant, known as 1688, opened in the 1980s. After changing hands in 1984, the hotel has since become part of the worldwide Relais & Chateaux group of luxury hotels and is known for its fine cuisine.

Le Colombe’s success was attributed to its “stunning wine list”, as well as the creativity of British chef Luke Dale Roberts, who has been at the helm since 2006.

“We have taken great care to prepare and fine tune our dégustation menu,” commented Roberts, “and our dynamic kitchen and front-of-house team are now ready to serve what we believe is one of the most spectacular dining experiences in all of South Africa.”

French bistro Jardine, owned by Scottish chef George Jardine, is located in a historic building in the city and has garnered acclaim for its menu as well as its wine list. Aubergine, too, can lay claim to part of the city’s history, as it is situated in a 19th century building that was once home to Sir John Wylde, first Chief Justice of the Cape.

Established in 1694, Stellenbosch-based Rust en Vrede (Afrikaans, meaning quiet and peace) was honoured in 1993 when Nobel peace laureates Nelson Mandela and F.W. de Klerk selected the estate as their wine of choice at the Nobel prize banquet.

Best in the world

For the fourth year in a row, Spain’s legendary El Bulli tops the list of the best places on earth to dine. The three-Michelin-star restaurant, situated on the Costa Brava in Spain, is owned and run by chef Ferran Adrià. El Bulli’s season is open from June to December. Bookings are taken on an application basis and the 8 000 seats for the season are all allocated on just one day in the previous October. More than 2-million epicures vie for a seat at the El Bulli table every year.

The San Pellegrino list is compiled by an international panel of chefs, restaurateurs, food writers and restaurant critics, known as the Nespresso World’s 50 Best Restaurants Academy. The academy votes according to region, with each region assigned its own chair and panel. The 2009 chair for the Southern African region was renowned food expert, author and publisher Lannice Snyman.

This year a total of 4 030 votes were cast by 806 culinary experts. Each panel member votes for their top five restaurants – two in their region and three elsewhere – with the condition that they must have personally eaten in that restaurant within the past 18 months. They may not vote for their own restaurant.

San Pellegrino is one of the world’s top selling brands of mineral water. Townspeople have been quaffing it for over 600 years – even Leonardo da Vinci made a special pilgrimage to the town in 1509 to sample and analyse the precious liquid.

The water originates deep under the ground of the town of San Pellegrino Terme in Lombardy, Italy. A gloomy 400m below the surface, water from the area’s natural thermal spring absorbs minerals as it flows over limestone and volcanic rocks. It is then collected, bottled and, since 1899, exported.

The San Pellegrino brand, a favourite in top restaurants all around the world, is currently owned by Nestlé. It celebrates its 110th anniversary in 2009 with a staggering achievement – more than 650-million bottles of San Pellegrino are sold in 120 countries every year.