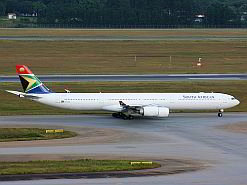 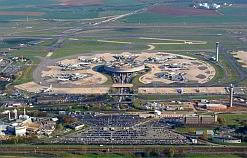 South African Airways (SAA) passengers will soon be able to fly non-stop to New York – a move that will also ensure faster and more efficient transfer to other popular US destinations.

This comes after SAA released an enhanced flight schedule on 26 January 2011. Passengers will have more seats to choose from on the New York route thanks to a bigger aircraft, as well as more seats on flights to destinations in Africa.

The revised New York schedule will be effective from 1 May this year.

SAA general manager Theunis Potgieter said: “From 1 May 2011 we will offer our customers the convenience of flying non-stop between Johannesburg and New York. Our non-stop flights will allow a full day in Johannesburg with an early morning arrival in New York.

“The reduced travel time results in fast and efficient connections to several key US destinations such as Boston, Chicago, Florida, California, as well as Canada and the Caribbean,” added Potgieter.

The direct link will mean less travelling time for New York-bound SAA passengers, who currently have to stop in Dakar, Senegal, en route for the plane to refuel.

“SAA now offers the fastest and most comfortable way to commute between Southern Africa and this major global hub. Travellers originating from other domestic points and Southern African countries like Namibia, Botswana, Mozambique, Angola, and Zambia – and as far north as Kenya and Tanzania – can now be in New York with a single, quick connection via Johannesburg,” said Potgieter.

Marc Cavaliere, SAA executive vice-president in North America, said: “Travellers have told us that they truly value SAA’s morning non-stop service from JFK and the range of excellent, same-day connection opportunities it affords to more than 40 destinations in Africa.

“But they’ve also expressed that they would love it even more if our return flight also operated non-stop. We’ve answered their calls, and are pleased to announce a return non-stop flight to New York.”

Other routes hot up too

Using an Airbus 340-600 will also enable SAA to grow passenger numbers on African routes, including Kenya and Namibia.

From 27 February, the airline will be able to take 3 500 passengers to Nairobi, Kenya, each week as opposed to 2 918 – the volume allowance at the moment.

From 27 March, it will also increase the number of seats from 5830 to 6 746 on seven of its 20 weekly flights to and from Windhoek, Namibia.

This will enable more passengers to get from Windhoek to Johannesburg each week to catch connecting flights to Frankfurt, Munich, London and New York.

Airbus has been one of the world’s leading aircraft manufacturers for the past 40 years, after its establishment in 1970.

At 75m, the Airbus 340-600 is the longest such model in operation. With three passenger classes it can hold 360 commuters, while a two-class layout can accommodate 419.

It is expertly designed to fly longer distances of up to 7 900 nautical miles.

SAA has become one of Africa’s leading passenger carriers over the years. It began operations on 1 February 1934 after the government of the time took over the assets and liabilities of Union Airways, renaming it SAA.

In the 1940s, SAA revolutionised air travel in South Africa by introducing cabin crew on domestic flights and movies on direct flights between Johannesburg and Cape Town.

SAA’s cadet training programme – which has been running since the 1990s – enables previously disadvantaged South Africans to train as pilots, ensuring all crew on all flights reflect the unique diversity of the nation.