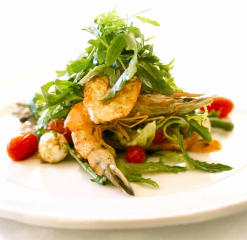 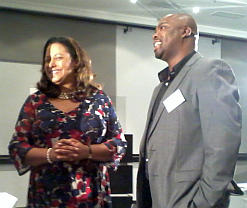 With about five-million page views per month, online portal Africa.com is perfectly positioned to put the continent’s culinary industry into the global spotlight – and with its newly launched restaurant guide it’s going to do just that.

African cuisine is colourful, diverse and cultured, and is a largely unexplored aspect of the continent that offers a refreshing alternative to game drives and extreme adventures.

The restaurant guide was launched in Johannesburg on 7 March 2013 with South Africa as the first country on the list. It was developed in response to questions from users, says Africa.com CEO and chairperson Teresa Clarke.

“Most of our users are visitors from overseas who are interested in travel, and they are often surprised at how sophisticated the South African culinary scene is,” says Clarke. “They enjoy learning about new opportunities to experience the country’s best, and we’ve noticed that some of our top performing articles are those that, for instance, talk about a new restaurant in the Winelands.”

South African food has absorbed numerous influences over the years, from French Huguenot, Dutch and British colonists to Malays to Indians and the land’s indigenous residents. Conservative foodies can sample anything overseas restaurants have to offer including hamburgers, sushi, pizza, pasta and carvery, and the brave ones can taste more exotic local fare such as mopane worms, crocodile steaks, ostrich fillets and kudu sausage.

In major cities there is everything to choose from – Vietnamese, Italian, Portuguese, Japanese, Moroccan, Chinese, Indian, Greek, Brazilian, and more.

Now it’s time for that vibrant cuisine to shine around the world.

Stephen Billingham, president of the South African Chefs Association, and part of the three-member Africa.com culinary council, says the guide is targeted at the discerning international traveller who expects excellence and value for money.

“These people will now be guided straight to local establishments that offer the same quality found in New York, London or Singapore,” he says.

Africa.com launched in 2010 and is considered the fastest growing Africa-focused website, claiming some two-million international monthly visitors from over 200 countries. With categories ranging from arts and culture and tourism to news and a recently created business travel section, the overseas traveller to Africa will find all the right information no matter which of the continent’s 54 countries he or she is visiting.

Africa offers world-class fine dining, but visibility is important and exposure on Africa.com will provide that, and will help travellers to plan their visits more efficiently by screening restaurants before they leave home.

Best of the best

The guide offers restaurants graded in three tiers. The platinum establishments are the crème de la crème­, those that offer an exceptional dining experience. They are followed by the gold tier, which offers culinary excellence, and the bronze tier which offer solid choices for casual dining.

Restaurants are rated according to their service, quality of the food, wine list, general ambience and value for money.

Four restaurants, two from Gauteng and two from KwaZulu-Natal, were singled out for platinum status at the launch. There are also four in the Western Cape which have yet to be announced.

The restaurants are Five Hundred at the Saxon and dw eleven-13, both in Johannesburg, and Ile Maurice and the restaurant at Hartford House, both in KwaZulu-Natal.

“We know we made the right choices,” says Benny Masekwameng, a member of the Africa.com culinary council and a Masterchef South Africa judge. “We need to let people know what we can do. There’s a lot that’s said about our country in terms of other attractions, and now our industry has the chance to reach a wider audience around the world.”

Masekwameng says the country has top-notch culinary talent, but that talent needs a platform such as Masterchef and now, the Africa.com restaurant guide.

All the qualifying restaurants were announced at the launch, and those achieving platinum also received a plaque which they can display with pride.

“Africa.com is the definitive address for information on the continent,” says the culinary council’s third member Richard Harden, who publishes a highly regarded guide to restaurants in the UK, “and we expect the restaurant guide will become the obvious choice for diners in Africa.”

“What better way for a restaurant to get expert advice on what people want?” says Masekwameng. “From the top traveller with money to spend to average tourists, the list caters for everyone. But you need to make sure that your establishment delivers – it’s all about consistency and keeping the reputation you’ve built.”

“We take nominations from our visitors,” says Clarke. “Based on that, our South African staff goes around and visits the recommended restaurants, who know nothing of the exercise.”

Establishments have to earn their place – there is no paying for a spot on this list – so the results are objective and transparent.

Once a rating has been achieved, the restaurant will be reviewed every four months to ensure that it upholds the required standard and that Africa.com is aware of the latest developments.

Kenya will soon be the second country featured in the guide.

“There are some great restaurants there,” says Clarke. “Many of them are still finding their feet, but they’re coming along. Most are in Nairobi, so look out for them on our list.”