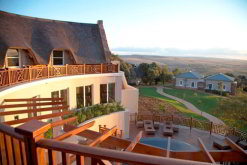 The Mount Grace Country House and Spa
offers a tranquil environment and a health-
conscious experience. 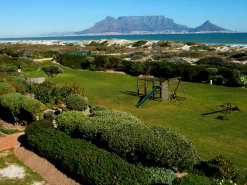 The view across Table Bay from the
gardens of the Protea Dolphin Beach hotel.
(Images: Protea Hotels)

Finding accommodation is one of the challenges travellers face when planning a trip abroad.

However, one South African hospitality group has made it easier for those travelling to Africa to book accommodation. And they are using the power of the internet to bring their services closer to globetrotters.

The Protea Hospitality Group has signed agreements with three global travel agencies in the past four months, partnering with Agoda.com, Expedia and Gullivers Travel Associates (GTA).

The agreements mean that Protea Hotels and African Pride Hotels will be listed on the agencies’ associated websites, thereby gaining worldwide exposure for all of their establishments across the African continent.

The websites will allow customers to book accommodation with any of Protea’s hotels online. They will also be able to access information related to the hotel chain.

According to Nicholas Barenblatt, group marketing and advertising manager for Protea, the agreements will bode well for the company’s plan to expand further into Africa. “Africa is our stronghold and so expansion has to be done on the continent,“ he said.

Protea already has a presence in eight African countries including Nigeria, Zambia, Namibia and Uganda and is looking to add Angola, Botswana and Mozambique to that list.

Barenblatt further stated the agreements will provide the group with the opportunity to observe how customers engage with the Protea brand in an online environment. Since consumers are more trusting of online portals these days, their task has been made a little easier.

“The agreements we have reached with such diverse global partners are a clear indication that the local hospitality market is both realising its potential and competing equitably on the world stage alongside more established markets,” said Protea sales director Danny Bryer.

The first and biggest agreement of the three took place in November 2010 with Expedia, the world’s largest online travel trade company. Protea Hotels and African Pride Hotels are now listed on more than 90 Expedia travel sites.

According to Protea, the group has achieved 100% growth year-on-year with the previous arrangement, and the benefits of the expended deal are apparent after just three months.

“Protea Hotels’ footprint in Africa, coupled with their leadership position in the local hospitality industry, makes them a highly desirable partner for Expedia,”

More than 60-million potential travellers visit Expedia’s websites, which are accessible in more than 60 countries and 33 different languages.

Protea will also benefit from Expedia’s experts who can advise the group on online distribution strategies, merchandising and promotions.

Exposure to leisure and business travellers

The most recent agreement – with GTA – will allow tourists to book accommodation with Protea through GTA travel sites worldwide, which will feature more than 120 of the South African hotel group’s properties across the African continent and offer the agency’s global network of leisure and business travellers a range of hotels in Africa to choose from at competitive prices.

GTA has been providing ground travel products and services to role players in the tourism industry for over 30 years. Over 21 000 bookings are made each day for the agency’s 35 000 listed hotels in more than 130 countries.

Protea looked to tap into the Asian market by partnering with Asian giants, Agoda.com, in December last year, and now 20 of Protea’s properties are listed on the website. This has also given the company access to Agoda.com’s yield control system propriety software, which allows management to control room inventory, prices, content and promotions.

Some of Protea’s establishments now listed on Agoda include safari lodges at the Kruger National Transfrontier Park and a number of the chic African Pride Hotels in Johannesburg and Cape Town.

Now almost 20 years old, the Protea Hotel Group was founded in 1984 with just four properties – two in Cape Town and one each in Johannesburg and on the south coast of KwaZulu-Natal – in its portfolio. It didn’t take long before the group was able to offer accommodation for budgets ranging from three to five stars.

Protea is today the largest African hospitality group in terms of numbers of hotels, and operates in eight countries as Protea Hotels and African Pride Hotels, the luxury division of Protea established in 2001. Travellers in South Africa, Namibia, Malawi, Tanzania, Zambia, Nigeria, Kenya and Uganda are able to choose from over 100 facilities in major cities, game viewing areas, and the countryside.

Besides offering a home away from home, the company is also involved with the community and has made it compulsory for every hotel as well as head and regional offices to have social investment projects. These include a partnership as sponsor with the Reach for a Dream foundation, which helps children with life-threatening illnesses to fulfil special dreams while there’s still time.

Protea also helps in-service trainees with full tuition fees and, said the company, has managed to retain 90% of graduates to date. Protea’s bursary fund is aimed at trainees at other hotel schools around South Africa, and has contributed nearly R2-million (US$290 000) to the cause.