Play Your Part is a nationwide initiative created to inspire, empower and celebrate active citizenship in South Africa.  It aims to lift the spirit of our nation by inspiring all South Africans to contribute to positive change, become involved and start doing. A nation of people who care deeply for one another and the environment in which they live is good for everyone.

Are you a patriotic South African who makes a positive social change in your community, have you made a difference in the lives of the people of South Africa? If that’s you, Brand South Africa would like you to share your story and encourage others to play their part in their communities.

TELL US YOUR STORY 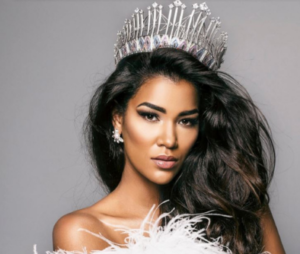 Brand South Africa is thrilled to announce that Sasha Laurel, a Play Your Part Ambassador, has partnered with The Regenesys Foundation.
Read More 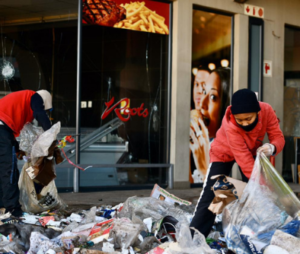 Two weeks ago, South Africa experienced one of the greatest periods of socioeconomic unrest in its democratic lifespan.
Read More 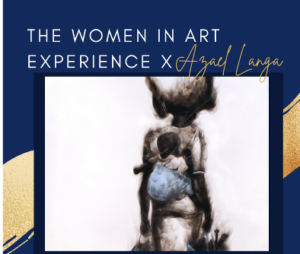 This Women’s Month, Play Your Part Ambassador and fine artist, Azael Langa celebrates women in art with a powerfully curated art exhibition at his studio in the heart of Johannesburg.
Read More

It is official! Brand South Africa’s flagship programme, Play Your Part, turns 10 this year. In celebrating 10 years of active citizenship, we are proud to announce the launch of the inaugural 2021 Play Your Part Awards, commending and honouring those who have contributed to the country’s brand image, both locally and abroad.

Each month, the 9-category 2021 Play Your Part Awards will recognise and celebrate citizens who have made an impact in the following categories: Youth Empowerment, Poverty Alleviation, Women Empowerment, Nation Pride, Job creation, Innovation, Social Cohesion, Education and the Environment. To kickstart, the Youth Empowerment Award aims to reward the significant contributions made by the youth of South Africa, and to share their achievements for the wider benefit of communities.

As categories will change monthly, be sure to check that the entry form category applies to you!

Nominations and entries are open to all! Monthly winners will be awarded with R5000 cash and will be entered into the draw for the Grand Prize of R25 000!

In May 2020, the Play Your Part initiative television series returned on screens as a Virtual Series. With the trials and tribulations of the COVID-19 worldwide pandemic, the Nation suffered a tragic blow to morale as physical interactions were been limited by the National lockdown set in place by Honourable President Cyril Ramaphosa. The Virtual Series emerged to shine the light on the good news stories taking place in South Africa and also to inspire and ignite South Africans to take action and make a difference in their communities in spite of the COVID-19 pandemic.

The first Play Your Part TV Series aired in 2014 on SABC 2. This truly inspiring show returns in 2017. It is broadcast at 18:00 every Saturday on SABC 2. Hosted by Kabelo Mabalane, the exciting series aims to inspire and ignite South Africans to take action and make a difference in their communities.

Since 2018, comedians and entrepreneurs, Donovan, Jason and Nicholas Goliath, have been running masterclasses for high school learners, on how to contribute to a brighter future for their communities, their country and build a positive narrative for the Nation Brand.

The masterclass, called, “Play Your Part, turn your ideas into currency”, is part of the Brand South Africa, “Play Your Part” programme, which seeks to inspire, empower and celebrate active citizenship among scholars.

GEM Project, an app that links volunteers to good causes, has partnered with Play Your Part in social events that aim to uplift disadvantaged communities. GEM – which stands for Going the Extra Mile – is curbing unemployment and assisting with productivity amongst a sea of uninspired youth.

The CI Toolkit offers everything you need and more to get you started on your journey towards playing your part. Everything from logos, videos images and a set of guidelines on how to portray and describe the agency effectively, defining what the brand looks like.

Created to ensure the consistent use of all the design elements (particularly the logo) on all the different media including website, business cards, email signatures and social media platforms.