Home Ambassadors Get around Joburg with awayto.be

Nkoane holds a BSc Honours in computer science from Wits University, and has taught web, mobile, and internet development and mathematics for more than 10 years at the National Electronic Media Institute of South Africa

Johannesburg-born computer scientist Lebogang Nkoane has developed an application that allows public transport users to determine which buses, taxis or trains to take to get to their destinations.

Born in Alexandra in northern Johannesburg, the 36-year-old is the founder and owner of 2LMN, a media research and development studio which has garnered accolades from the digital industry in awards ceremonies such as The Loeries and The Bookmarks.

Nkoane also owns This is Photography, a photo-sharing site for artistic photography in Africa and entertains a selective audience with his philosophic essays at A new direction.

An awayto.be prototype went live around mid-2011, and an official version was released in July 2012. Nkoane had refined the application, making it more efficient and easier to use.

Users can access the app at a way to be via any internet-enabled device, such as laptops, cellphones and tablets. So far the application covers routes in Johannesburg, Cape Town and Pretoria, with plans to add routes from cities such as Durban and Bloemfontein.

Nkoane says one of the joys of being an entrepreneur is that he is in control of his time, but that it is challenging trying to innovate in a business environment that only rewards success. With regards to awayto.be, it is difficult to source route information, but Nkoane hopes to expand the app to cover Africa, allowing for people to “move from Cape to Cairo” using public transport.

He refers to himself as the “Alter Native” saying, “it is more of a sense of recognising where I come from (native) and yet not become it exactly (alter), allowing myself to be anything”.

Nkoane holds a BSc Honours in computer science from Wits University, and has taught web, mobile, and internet development and mathematics for more than 10 years at the National Electronic Media Institute of South Africa.

He attended Carter Primary School in Mpumalanga until Grade 4, when his family went into exile in Tanzania. When they returned in 1991 he lived in Alexandra and Hillbrow until he matriculated from Woodmead High School in 1995. 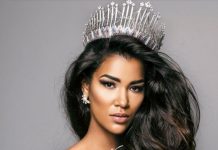 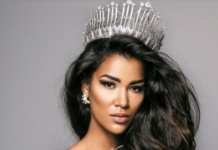 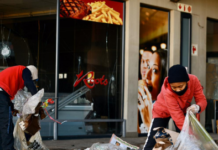