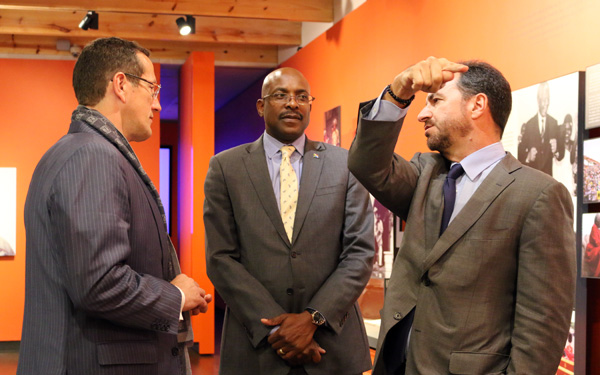 “Was the WEF worth it, or was it not just more hot air?” was the question pugnacious CNN International anchor Richard Quest put to a CNN-Brand South Africa breakfast forum hosted by the Nelson Mandela Foundation on the morning of Tuesday 13 May. “What does all that blather mean?” Quest asked a panel made up of Brand South Africa CEO Miller Matola, Telkom chair Jabu Mabuza and Goldman Sachs MD Colin Coleman – all delegates to the WEF meeting in Nigeria.

About 50 of South Africa’s most influential business people attended the breakfast, held at the Nelson Mandela Centre of Memory in Johannesburg.

People holding the same opinions in a room is a chat, but that is not what the Nelson Mandela Centre of Memory is about, said centre director Sello Hatang as he introduced the panel. “We want to get people in the same room who would not even speak to one another.” So the uncompromising Quest was the perfect host.

The discussion was not as adversarial as that, but Quest was after straight answers. The WEF conference highlighted opportunities in Africa but what, Quest wanted to know, were the challenges? As is his way, he pushed for substantive answers whenever he got vague replies.

Mabuza argued that given the issue of terror in Nigeria, with the abduction of 276 schoolgirls by Boko Haram jihadists, the WEF meeting was important. “We can’t call for the release of those kids and send them back to school like millions of others in Africa without talking about the future we are creating for them,” he said.

Quest goaded a response from the panel about Nigeria taking over South Africa’s crown as the biggest economy in Africa. Coleman was quick to respond: “If you look at our economy, it is far more sophisticated than Nigeria’s. And our per capita income is double theirs.” 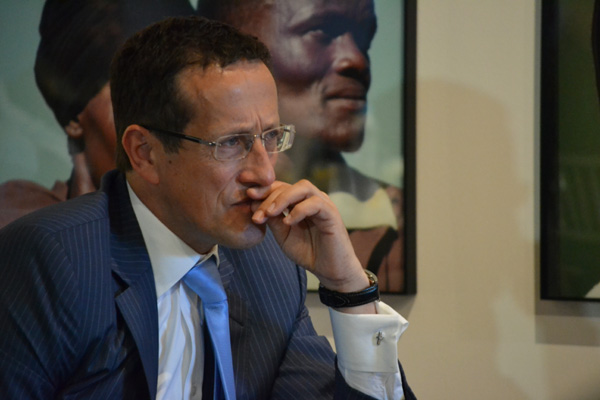 Quest listens to a response from the panel. (Image: Shamin Chibba)

The panel concurred that education and a more cooperative legislative framework were the keys to sustaining growth in Africa, but how to make improvements was where different opinions arose.

Entrepreneurship, private investment and government must all be harnessed to keep the good news coming out of Africa, the panel agreed. Coleman and Mabuza mentioned companies like MTN and Shoprite, which had spotted opportunities in Africa and built businesses worth, in the case of MTN, R50-billion.

Coleman cautioned, “When you speak to businesses on the ground they say, ‘We need much shorter times on the border posts, ships going through ports, rail to get coal to ports. We need just the basic obstacles for trade.’ I think people are starting to talk constructively about this.”

Locally, Coleman believes South Africa does not need a new legislative direction to grow. Dynamism is one thing, he said – but South Africa needed to be boring in the years ahead. “The legislative framework exists, there is no need to change direction, and we simply need to implement what already exists.” 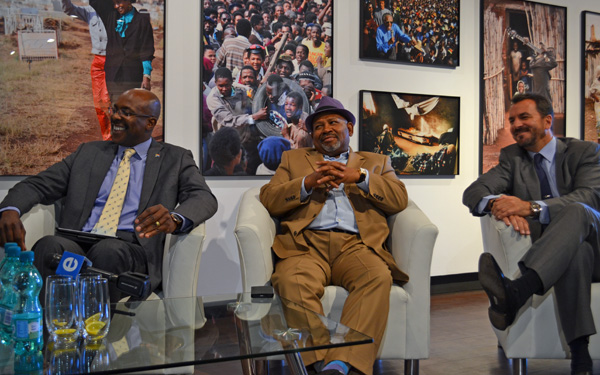 Quest fell back on a familiar analogy about development and the idea, expressed by all, that Africa is rising. “It’s like waiting for a soufflé to rise that never does. Are the ingredients right, or is there not enough heat?” he pressed.

Matola countered: “Look beyond the perceptions and you will see the opportunities created by what is happening on the ground. There are new enterprises, there is increased stability.

Coleman made the point that Africa’s rise has only just begun. “Africa is at the beginning of its journey but it is a very fascinating journey,” he said. “By 2030 Africa will add $12-trillion to the world economy from a $2-trillion base. Growth rates between now and 2030 will be among the highest in the world.”

The question of Africa’s youthful population and their political and economic participation also arose. One issue was young South Africans born after 1994, the “born-frees” who have no experience of apartheid.

Quest hosted an hour of the Redi Thlabi Show on Talk Radio 702 on Monday 12 May, and admitted to hanging up on a caller who said they had not voted. “I can’t understand that, especially in a country with so recent a history of bloodshed. Large chunks of them [the born frees] seem not to be politically conscious or able to grasp the impact they will have on the country.”

Matola responded: “They are crying out to get involved. Our born frees are becoming more aware of their rights and responsibilities and the role they can play in sustaining our democracy. The challenge is how to get them involved.”

The only empty seat at the breakfast became a prop for Quest as he urged the panellists to imagine President Jacob Zuma seated and eager to listen to their message. Matola said he would ask for policy certainty and a steadfast implementation of the National Development Programme, or NDP. Mabuza agreed that the implementation of the NDP would improve South African growth. Coleman reasoned that “appointing the best people and holding them responsible” was the best recipe for the country going forward.