The ancient walled city of Harar is home to 82 mosques, and one brewery. (Image: Ethiopian Embassy)

It tastes sweeter than most pilsners with a slight metal aftertaste. Its golden colour and intense flavour reminds you of a good German beer. But what makes Harar Beer special is its provenance. It is made in Harar, the fourth most holy city to Muslims.

It is a 563km bus journey east from Addis Ababa in Ethiopia, to Harar. The journey is a long, tiring one through scrubland, and the biggest danger is wandering camels. You enter the walled city, inhabited since the 7th century, through its Moorish gate, to find yourself in the teeming home of the 76 000 Adaris, the only people allowed to live within the walls.

Harar, or Gey as the locals call it, has 82 mosques including the Sheikh Abul Bakir mosque built in the 11th century. For centuries the city remained a fortified city not open to infidels. Any non-Muslim found within its walls was summarily executed.

The French poet Rimbaud lived in the city and his home is being renovated by UNESCO. He worked as a teacher, but also supplied guns to the local tribes. It was his guns that were used to defend the city and defeat an Italian army in 1896.

The main gate, the mythical one that adventurer Sir Richard Burton (the first white person to visit Harar) used to enter the city, adorns the Harar Beer label, which will be available to beer connoisseurs across the globe if brewing giant Heineken has its way. The Dutch brewer has been growing its investment in Africa and now spends $690-million a year on expansion and marketing on the continent.

Africa a market with huge potential

At the World Economic Forum in Nigeria earlier this year Siep Hiemstra, Heineken president for Africa and the Middle East, explained that Africa was a market with huge potential. “We are strong believers in the growth of Africa, the economies of Africa, the consumer base, the middle class. We continue to invest heavily.”

Along with its latest acquisition, a brewery in Kilikinto just outside Addis Ababa, the beer maker has three breweries in Ethiopia alone, excluding those the company is a partner in or owns – some 46 breweries across the continent.

According to Tom de Man, the previous president of the Africa office and the man who grew Heineken’s business from €846-million in 2003 to €2.8-billion by 2010, Africa has a negative reputation but its economies are growing at a faster rate than the US and the Eurozone. In an interview with Bloomberg he said, “We only know the bad messages about it — civil war, genocide — but in the olden times, it was a developed area, and you see slowly and surely things are coming back.”

Heineken’s expansion is being driven by Africa’s rosy economic future and the continent’s growing middle class. But the company has deep roots on the continent: it built its first brewery in 1923 in what was then the Belgian Congo.

De Man is familiar with the challenges of building breweries and doing business in Africa. He was a brewery manager in the Nigerian town of Aba in 1973. The only means of communication with the outside world was shortwave radio, but his experiences there provided the blueprint for Heineken’s expansion across Africa.

Bad roads, where they exist, infrastructure that has been allowed to decay and the difficulty in finding equipment make Africa a challenge. But the rewards are worth the struggle. “Thinking ‘invest before the market’ has proved very successful. There’s so much growth that it’s a challenge for everybody to make sure you install sufficient capacity all the time in those countries to maintain and grow your positions.”

Heineken has tailored its logistics, employing staff with specialised skills to operate in Africa. However by 2020 the company wants 60% of its needs to be sourced from local farmers and manufacturers. According to Hiemstra the purchase of the Harar Brewery is an investment in the company’s future in Africa. “It shows that we’re not only here to make profits, but that we also want to improve the local economy and social conditions.” 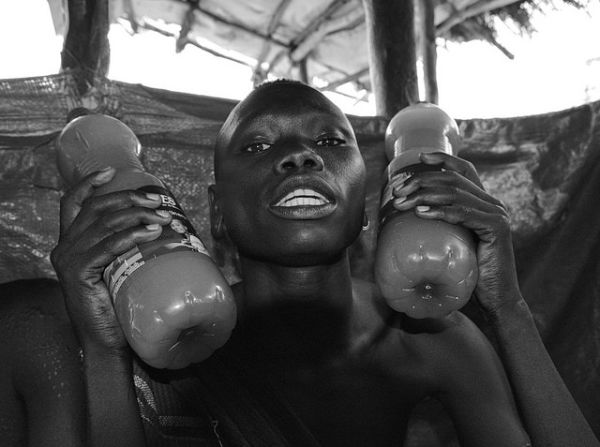 The numbers for beer consumption make interesting reading. On average Africans drink a miserly 70 litres of commercially brewed beer per year. But there is a large thirsty market for home-brewed beer – four times the size of the commercial market – that companies like Heineken are hoping to tap into by buying local breweries.

It is this niche market that has driven growth for brewers. Harar Brewery produces Harar Sofi, a non-alcoholic drink for the city’s Muslim population. De Man explained, “Operating in Africa is not straightforward. By helping to set up a local supply chain, brewers could also improve the quality and image of local beer, creating a win/win situation.”