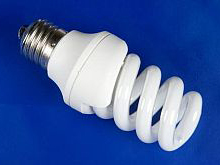 The largest rollout of energy-saving fluorescent light bulbs in the world has saved Eskom, South Africa’s power utility, 1 800MW of electricity over the last six years – a massive boost to the country’s power-saving drive.

Between 2004 and 2010 more than 43.5-million compact fluorescent lamps (CFLs) were distributed throughout South Africa, with Eskom installing them in households free of charge as part of the National Efficient Lighting Programme.

“The electricity saved as a result of the marked reduction in consumption by lighting in homes and buildings across the country brings us closer to achieving our energy-saving targets,” Andrew Etzinger, a senior manager at Eskom, said in a statement on 17 January.

In the programme, Eskom replaced power-hungry incandescent light bulbs with CFLs, which consume 80% less electricity and are more environment-friendly.

“Eskom leveraged the programme to raise awareness of the importance to save electricity through converting to energy efficient lighting alternatives,” the utility said.

CFLs have become an international trend, with government bodies promoting their use and even distributing them to households in programmes similar to those of Eskom. The utility said South Africa has rolled out the highest number of CFLs to date; Mexico is set to follow when its programme of rolling out 30-million CFLs is complete.

The US federal government has urged citizens to opt for the energy-saving bulbs, pointing out that if every home replaced traditional lights with CFLs the country would save enough energy to light more than 2.5-million homes for a year, the US National Public Radio website reported in 2007. The government also said that using energy-saving bulbs in every home would save greenhouse gas emissions equivalent to that of 800 000 cars.

Demand up, prices down

According to Eskom there is now a growing demand for CFLs, which since 2004 has driven the price down significantly. Eskom said the current price of R15 (US$2.20) per bulb was more acceptable compared to the initial cost of between R60 and R80 ($8.75 and $11.65).

The light’s design has also become more suitable for local use. “Over the past six years, we seem to have overcome all of the barriers that once discouraged the widespread use of CFLs,” Etzinger said.

“Now that they are more affordable, easily accessible and can be used in almost any setting that we’d use a normal light bulb, the adoption of CFLs is really starting to gather momentum in this country, as it is elsewhere in the world.”

But South Africa is not yet off the hook when it comes to power supply. The 1 800MW saved with the CFL programme does not mean South Africans can slack off on energy saving. Eskom’s call to consumers to use electricity sparingly remains loud.

Power supply will stay tight until the first unit of Medupi Power Station comes online in 2012, Eskom said. The coal-fired station is one of South Africa’s biggest power-generating infrastructure initiatives. Currently under construction in Limpopo province, Medupi’s six units will generate 4 788 MW when complete by 2015. Its first unit is scheduled to be commissioned in 2012.

Kusile power station in Mpumalanga, another major project currently underway, will start generating power in 2014 when its first unit is commissioned. The two stations are part of Eskom’s build programme, through which the state-owned enterprise has also revived formerly mothballed stations.