Home » Media Room » Arts and Culture » When the Going Gets Tough, The Tough Go Digital 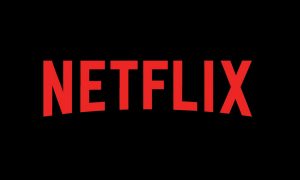 One of the saddest ironies of the last fifteen months is seeing the industries that have for decades elevated the Nation Brand and kept South African Pop Culture alive, being the hardest hit as a result of the global pandemic.

In the same way that the live industry has suffered, a few renowned publishing houses have had to close shop due to underperforming targets. We knew print would eventually die out, but could we have anticipated it dawning on us so soon? Probably not.

The age of COVID-19 has to an extent, called on creatives across the spectrum to dig deep and intensify their digital footprint. Business models have undergone restructuring to lead with digital. And they have risen to the occasion.

As citizens, we’ve been spoiled with the most elite and unique digital offerings, as brands sought to reinvent the wheel. AFI Fashion Week hosted a series of hybrid shows from 12 – 14 November 2020, in a bid to adhere to regulations as outlined by the government to curb the spread of the Coronavirus, as well as to accommodate a larger online audience. Another exciting collab that had us glued to our screens for a good couple of hours, was the Mzansi Festival that Brand South Africa in the United co-hosted alongside Elokshin Entertainment, as an annual event that connects the world through music, only this time, fully digital.

An online collab that especially caught our attention was the most recent Sowetan x Netflix tribute, where creatives paid homage to South African entertainment legends by recreating iconic photos first captured by the well-loved and revolutionary publication years ago, in celebration of their 40th birthday. During Youth Month, a series of nostalgic photostories were released featuring stars like Khosi Ngema, Arno Greef, Prince Grootboom, Sne Mbatha and many others whom we’ve come to know and love on Netflix.

The Netflix stable has not only given us exclusive (and exquisite) local content, but has gone above and beyond to savour South African Pop Culture. The digital paid-for streaming service first expanded its reach in South Africa in 2016, giving citizens instant access to well-acclaimed and exclusive TV shows, movies and documentaries.

On her Instagram profile, Creative Director and former Editor of Glamour South Africa, Asanda Sizani spoke about the immense privilege she was granted to direct this series: “Thank you @netflixsa and @sowetan_live for this awesome responsibility. For the creative freedom and for offering us the platform to bring these stories to the forefront. Thank you to the archive team that worked so patiently with me to provide credits and context behind the vast and nostalgia-inducing archive.”

It’s true that two heads are better that one, and in these instances, two creative stables are certainly better than one. We can’t wait to see what’s next. 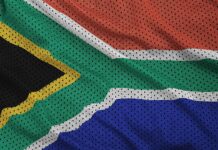