This  year’s Women’s Month  was ushered in by thousands of  gender activists, members of the LGBTIQ+ community and women across the country, who took to the streets on  August 1st, in a march to raise awareness against gender-based violence under the banner #TheTotalShutDown.

This  Women’s Day  takes place against a backdrop of a rising spate of violence and abuse against women.  Despite progressive laws and policies designed to address these unacceptable levels of gender-based violence – it has not yet translated into action on the ground. Government has called on all sectors of society to oppose any form of violence committed against women and children, and immediately report all cases to the police, in order to bring perpetrators to justice.

Brand South Africa’s Chief Marketing Officer, Mrs Linda Magapatona-Sangaret said: “Violence against women is a shameful reality throughout the South African society. It is rooted in gender inequalities, and it still far too often goes unnoticed and unchallenged.

“The fight for the removal of violence against women in our society is a fight that each and every one of us must take part in. It is our duty to stand up for women by raising awareness to this injustice. We call on South Africans to be brave – stand up, and speak out against gender based violence.”

According to United Nations Women – despite some progress, the numbers remain startling and the stories painful: more than one in three women worldwide have experienced physical violence; one in 10 girls have experienced forced intercourse or other sexual acts; and while at least 140 countries criminalize domestic violence, these laws are often not enforced.

In South Africa – it has been reported that femicide is on the rise, with Statistics South Africa reporting that the murder rate for women increased drastically by 117% between 2015 and 2016/17.

According to Stats SA’s Crime against Women in South Africa report, released in June this year, the number of women who experienced sexual offences also jumped from 31 665 in 2015/16 to 70 813 in 2016/17, which is an increase of 53%. These are extreme increases in less than 2 years.

“According to the Bill of Rights, as enshrined in the South African Constitution, every citizen has the inalienable right to life, equality, human dignity and privacy. And yet, gender-based violence persists in our society. Through our collective efforts we can create greater awareness; reduce the number of sexual offences and attacks on women and children,” added Magapatona-Sangaret.

So extensive is the scale of the epidemic of violence in South Africa, that in 2014, KPMG’sToo costly to ignore: the economic impact of gender-based violence in SA – estimated that it costs the country over R28 billion per annum, amounting to 1% of the GDP.

“This year, as we commemorate the 100 Years of struggle icon Mama Albertina Sisulu, and the many women leaders of her generation, who sacrificed their lives in the struggle for freedom, let us be reminded that the right to live free from violence is a basic human right. We can and must do more to prevent violence against women, support survivors of abuse and bring perpetrators to justice,” says Magapatona-Sangaret.

To support victims of gender-based violence and those affected to seek help by reporting any form of violence to the toll-free number 0800 428 428. 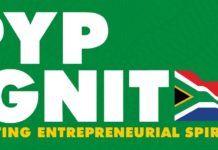 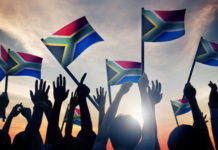