You can get involved with Dex Kotze, Carol Bouwer and Tony Gum, the guests on Play Your Part episode 11, here:

Brand South Africa reporter
Dex Kotze, a businessman and conservationist, is one of the guests on the Play Your Part television series, episode 11, which will be aired on Saturday, 25 November 2017.
This episode is part of a 26-series, broadcast on SABC 2.

Here’s how you can get involved with this week’s guests and their initiatives:

Kotze, a member of The Young Presidents’ Organization (YPO), in July led a group of YPO members and their families in participating in and funding the collaring of eight elephants and geotagging of five rhinos.

This initiative was for scientific research via Elephants Alive, an NGO that works under the leadership of Dr Michelle Henley in the Associated Private Nature Reserves west of the greater Kruger National Park.

Artist in learning Tony Gum held a solo exhibition, Ode To She, at Christpher Moller gallery in Cape Town in September this year. The blogger and visual artist is known for her eccentric style. She often pays homage to traditional African wear in her art.

Bouwer’s company, Carol Bouwer Productions, is the custodian of the Mbokodo Awards and African Odessey. It celebrates women in various disciplines in the arts. The company also produces the women’s talk show, Motswako, which is aired on SABC.

Play Your Part is broadcast at 18:00 on Saturdays on SABC 2. 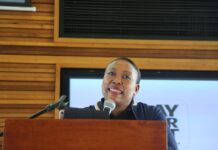 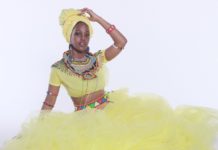