Tebogo Suping of Kagiso in Gauteng is one of 50 young people who are featured
in the book Activate! Change Drivers that was recently launched in
South Africa.

“It’s our turn to change the world,” says the book’s first page. On another page,
a woman is holding a placard that reads: “Our country. Our voice. Youth can change
things.”

The book gives insight to what the members of the network Activate! South
Africa are doing across the country. The 50 young people are members of the
network. These members are called the Activators.

Suping tries to improve the lives of school children in her community. She has
established a business called the Blaq Apple Communications and Events. Every
year she and her team run camps for matric learners during the school holidays at
the local community centre.

They help the learners with study support and personal mentoring. Throughout
the process the learners must do community
work to teach them to be socially
aware, reads the book. They have also helped the learners with practical knowledge
like getting ready for university studies, applying for a bank account or an identity
book and bursary applications.

At the end of last year, six of the learners who were helped by Suping and her
team were in the top two of their schools. The six obtained 33 distinctions between
them, including maths and science.

Benefits of the network

The aim of the Activators in the network is to build the youth’s identity, create
projects, share ideas and collaborate with each other to drive opportunities.

The book also says that in 2015 the Activate Community Development
Certificate Course was piloted and applied to the South African Qualification
Authority to accredit the course. The aim is to offer an accredited qualification in
community development at NQF level 5.

This is to help the committed young people (the Activators) get a qualification
that will be recognised in their communities and in society. 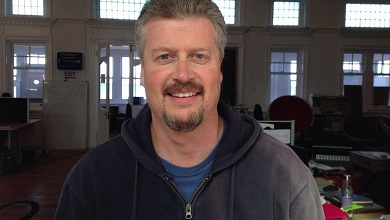 Chris Meintjes is the chief executive officer of the network Activate!
He believes that by June 2030, the future of South Africa will look good if the
Activators are still busy with their community work. (Image: Activate!
Leadership)

The aim of the book

Chris Meintjes, chief executive officer of the network, says in the foreword of
the book: “The purpose of this book is to inspire all who read it. There’s not a whole
lot of good news around, yet when you look at the challenges young people face,
and see how the Activators are working together to create opportunities, you
become aware that the future is filled with hope.”

Meintjes explains that each Activator has committed to a journey of service to
the public. “They work from within their own homes, communities and beyond.
Many of them run their own initiatives and some volunteer in support of others.”

The book launch took place on 29 July 2016 in Johannesburg.

At the launch, Meintjes says it has been a humbling experience working with
the Activators. “The past five years has been an incredible journey. The book is a
step in the
right direction for us.

“It celebrates what is possible in the hands of a network of people. You
[Activators] are the reason that there is rekindled hearts in this country.”

He says the network started to build opportunities and create connections.
“They [the Activators] give me hope. I see the value in the work they’re doing. I
see a future – it looks promising, that future – when I am working with these
people.”

Meintjes says in 2011 when the network started, they worked with 20 to 30
year olds. “Their energy is amazing.”

He says if you flip over the book, you’ll see the possibilities of what the future
will look like if these Activators continue with their good work in South Africa.”

Would you like to use this article in your publication or on your website?
See Using SouthAfrica.info material