Many Africans enlisted – or were conscripted by their colonial ruler, Britain – to fight the Axis countries in World War 2. They were instrumental in bringing an end to the war, which was fought across Africa, Europe and the East, yet there is not much known about their contribution.

This year marked the 70th anniversary of the end of World War 2, an occasion commemorated by the many countries involved in the bloodshed.

In Russia, the anniversary of the end of the war was commemorated on 9 May with a massive military parade, watched by a clutch of global leaders. More than 16 000 troops participated, as well 140 aircraft and 190 armoured vehicles, according to the British newspaper, The Independent. It reported that Russia’s brand-new, next-generation tank debuted in the parade.

The war began in 1939, after Germany invaded Poland. Its move prompted France and Britain to respond by declaring war on the Axis forces of Germany, led by Adolf Hitler; Italy, led by Benito Mussolini; and Japan, under Hideki Tojo. “Over the next six years, the conflict would take more lives and destroy more land and property around the globe than any previous war,” noted the History channel.

Britain, the Soviet Union and the United States were the Allied Powers, but they could not have defeated the Axis countries without the help of the British colonies in Africa.

Writing for the think tank Foreign Policy in Focus, Kwei Quartey noted that the war was remembered in a Eurocentric manner, and was an inaccurate version of history. “In the first few years of the war, the Royal Air Force [RAF] recruited 10 000 West Africans for ground duties in the British West Africa colonies of the Gold Coast [now Ghana], Nigeria, Sierra Leone, and the Gambia.”

Quartey said the Gold Coast king, Asantehene, was indispensable because he mobilised the population and helped to construct airfields, harbours and roads.

Italy, itself a colonial power, attacked British positions in Egypt, Kenya and Sudan in 1940. These acts of aggression prompted the British war-time prime minister, Winston Churchill, to form an air supply route from the city of Takoradi in Gold Coast to Cairo in Egypt. “On 5 September 1940, the first shipment of a dozen Hurricane and Blenheim aircraft fighters in large wooden crates arrived at Takoradi by boat from the United Kingdom, and like many more consignments to come, they were unpacked and then assembled locally to be made airworthy for the flight to Cairo,” wrote Quartey.

North Africa was one of the main theatres of war, where Axis and Allied forces pushed back and forth repeatedly. Libya was an Italian colony at the time, while Egypt belonged to Britain. “Italy invaded Egypt in September of 1940, and in a December counterattack, British and Indian forces captured some 130 000 Italians,” reads American news website, The Atlantic.

Hitler responded by forming his Afrika Korps under Field Marshall Erwin Rommel. Known as the Desert Fox, Rommel was one of German’s most popular generals during World War II, and he gained his enemies’ respect with his victories as commander of the Afrika Korps.

However, Lieutenant-General Bernard Montgomery’s British 8th Army eventually drove the Axis army out of Egypt and into Tunisia. The 8th Army consisted of troops not only from Britain, but also from its colonies of South Africa, India, New Zealand and Australia.

“The campaign in North Africa was very important strategically for the Axis and the Allies,” reads the Desert War website. “The Allies used the campaign as an approach to a second front against the Axis of Fortress Europe and helped ease the pressure on the Russian front.”

From 1940 to 1941, the British forces, made up of troops from across the British Commonwealth, which was made up of the territories of the British Empire, fought against the Italians in East Africa. The Italians were present in Abyssinia – today’s Ethiopia – and occupied Eritrea and Somaliland, now called Somalia.

Once the Italians’ communication code was cracked, the British launched an offensive “from Sudan and Kenya with a mixed force of Indian, Abyssinian, Sudanese, Nigerian, Ghanaian, and South African troops”.

By 1941, after months of fighting, they pushed back the Italian forces at the Battle of Gondar in Ethiopia. “This morning the Duce was very much irritated by the paucity of losses in eastern Africa,” wrote the Italian foreign minister at the time, Count Ciano: “Those who fell at Gondar in November numbered sixty-seven; the prisoners ten thousand. One doesn’t have to think very long to see what these figures mean.”

After reading Hitler’s Mein Kampf, John Henry Smythe of Sierra Leone said: “It was a book which would put any black man’s back up and it put mine up.” He joined the RAF and flew bombers in air-raids over Germany.

His plane was shot down and he spent 18 months as a prisoner of war, during which time the Germans tried to get information out of him. A Nazi officer told Smythe: “You know they are talking about whether to execute you tomorrow or not. Because you, as a black man, should not involve [yourself] in white man’s war.”

Zimbabwean Joe Culverwell volunteered when war broke out in 1939. He served in Somalia and said fighting against the Italians was a terrifying experience. “Boy that was hell,” he told the BBC. “We all had foxholes. I never felt so frightened in my life. They were bombing 100 yards away. We daren’t even look up, you see.”

He added: “We were brainwashed into being little brown Britishers.” Culverwell went on to fight in Zimbabwe’s liberation struggle.

Allied forces, with African soldiers, were also sent to the East, to nations such as Burma, to fight the Axis nations. “The Japanese in the jungle were just like snakes – they hid before you could see them, it was very hard,” recalled Nigerian Hassan Sokoto. He was part of the army sent to fight against Japanese advancement into British colonies in Asia.

“Nigerians made up more than half of the total force of 90 000 West African soldiers deployed to South East Asia after 1943 as part of the British Army’s 81st and 82nd (West Africa) Divisions,” noted the BBC. The Nigerians had to learn jungle warfare against the Japanese, who were already well trained in it.

Many war veterans were paid for their services, but some said they neither received anything in monetary value nor any recognition for their efforts.

In an article on the South African news site, The Daily Maverick, politician Ronnie Kasrils spoke about the South Africans who fought in the war. “Men like Lucas Majozi, from Zastron, and Job Maseko, from KwaThema, received high military awards for their outstanding bravery,” he noted.

“‘Sailor’ Malan, became a legend for his role in the Battle of Britain. Victor Swales of Durban received the Victoria Cross. In an act of crass ignorance, [eThekwini] Metro had a city street, VC Swales, which was named after him, changed.”

Kasrils observed that just under 12 000 South Africans lost their lives during the war.

South Africans were also involved in what became known as the Great Escape. The brazen act inspired the 1963 movie of the same name. Flight Lieutenant Les Brodrick was an RAF pilot. His plane was hit by the Germans and he was captured and taken to the Stalag Luft III prison camp in the German province of Lower Silesia, today part of southeastern Poland.

There, Brodrick met RAF Squadron Leader Roger Bushell, who masterminded an escape plan to dig three tunnels leading out of the prison simultaneously to fool their German guards. “His thinking was that, if one were discovered, the Nazi guards would find it inconceivable that more tunnels were still in progress.”

“That would give them time to dig at least one robustly fortified and engineered tunnel – large and well-planned enough to allow more than 200 men to escape.”

Their plan worked only as far as finding freedom for the short term. Of the 76 men who walked out that tunnel, 50 were recaptured and the Gestapo – the police force of Nazi Germany – executed them. Brodrick managed to survive despite being recaptured. He died at the age of 91 on 8 April 2013.

The end of the Second World War inspired many African countries to intensify their struggles for independence from their colonial owners. “Initially I saw the white man as someone better than me. But after the war, I considered him an equal,” recalled former infantryman Dauda Kafanchan.

Kasrils said: “The victory over fascism saved the world from slavery and catastrophe. It spelled the end of the colonial system and saw the emergence of African independence and armed liberation struggles such as ours that were primarily armed and supported by the Soviet Union and the socialist camp.”

He concluded that these historic lessons should never be forgotten, especially the connection to the struggle for freedom. 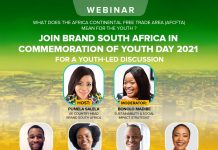 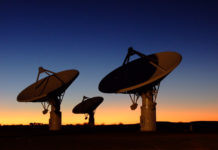