South African comedian Trevor Noah is to replace the legendary Jon Stewart as host of the US Daily Show when Stewart steps down later this year after 15 years. The news has surprised many, with Noah having made only three appearances on Comedy Central network’s flagship late-night satirical show. 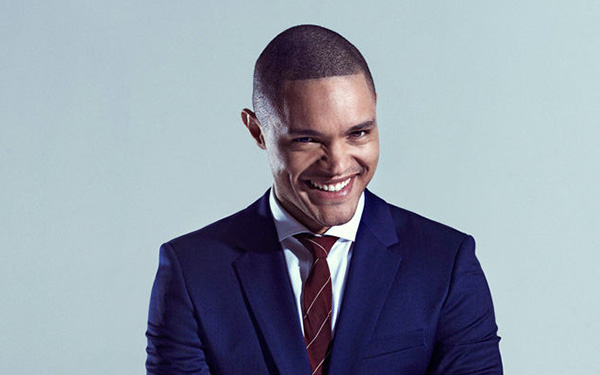 Trevor Noah will be the new host of The Daily Show in the US after Jon Stewart retires later this year. (Image: press.cc.com)

The Daily Show announced yesterday that South African comedian Trevor Noah will take over from Jon Stewart when the latter retires later this year. Noah made his debut on the the Emmy and Peabody award-winning Comedy Central flagship show in December 2015, and so far has appeared only three times.

Reaction to the news took over social media across the world yesterday. We bring some you the best responses – and video of Noah’s best performances.

“Trevor Noah is an enormous talent,” Comedy Central president Michele Ganeless said in a statement. “He has an insightful and unique point of view, and most importantly, is wickedly funny. For the next host of the Daily Show, we set out to find a fresh voice who can speak to our audience with a keen take on the events of the day, and we found that in Trevor. He has a huge international following and is poised to explode here in America, and we are thrilled to have him join Comedy Central.”

On Twitter, Noah paid tribute to Stewart, who has hosted the Daily Show for 15 years.

No-one can replace Jon Stewart. But together with the amazing team at The Daily Show, we will continue to make this the best damn news show!

Watch Noah’s debut on the Daily Show with Jon Stewart:

Another of Noah’s contributions to the show:

Noah discusses his background in comedy, in a Comedy Central interview:

Very proud of you Trevor and thank you on behalf of my son and daughter @Trevornoah #WeWereAlmostGreat — IG : TfromtheV(@TumiMolekane) March 30, 2015

Comrade Hlaudi must broadcast The Daily Show on free to air channel. The masses of our people need to see Comrade @Trevornoah in action

Well. The man set the bar, raised it at every turn and now, well, hayino words. Hats and weaves off to Trevor Noah. Dayum! ??????

Noah is known not to be afraid of controversial issues. Here he discusses the Ebola epidemic:

Noah in action at the Apollo in London:

Noah roasts Steve Hofmeyr and others on Comedy Central:

He tells CNN how he prepares for comedy: