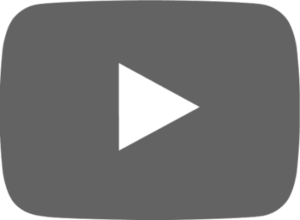 A R15-million feasibility study launched by Trade and Industry Minister Rob Davies will identify particular components that can be manufactured for fuel cell units.

The Isondo Precious Minerals (IPM) study was launched by the minister on Tuesday. It is intended to accelerate mineral beneficiation and localisation of fuel cell manufacturing in South Africa.

“We are in a difficult time as producers and exporters of primary mineral resources as a result of the significant price fall of commodities,” Davies said. “This has affected many of the industrial mineral commodities that we produce as a country. We have realised that we need to find new uses for our resources.”

There has been a rise in the technological development of fuel cells with demand for platinum in the fuel sector being at its most stable.

“It is as a response to this demand that (the) government and the platinum mining sector resolve to encourage an increase in the demand for platinum. We have an additional interest to make sure that those new uses generate and support industrial development in South Africa, so as to capture the manufacturing that takes place in this particular industry,” Davies said.

South Africa has honed in on two potential uses of fuel cell technology.

“The first is the small power unit that could be used to power remote areas 20 kilometres away from the existing grid connection. The other use is of powering underground equipment within the mining industry.

“What we are doing as (the) government is to support different initiatives that can realise the industrial development opportunities. This will also help us to achieve the beneficiation objectives.”

The study is envisaged to be completed in a year’s time. “What we want to do through this feasibility study is to understand better the building blocks of fuel cell units and to look at the particular competencies and capabilities that can be developed in the country.

“We want to establish this technology on the African continent as something which builds into the platinum industry to support and sustain the expansion and stabilisation of the industry,” the minister said.

The Department of Trade and Industry is working closely with the Industrial Development Corporation on the development of a fuel cell roadmap.

The announcement came as the Investing in African Mining Indaba was under way in Cape Town. Investors and stakeholders at the indaba widely acknowledged to current gloomy market – Mineral Resources Minister called it a “winter season” in his opening address on 8 February – be the worst downturn in the commodities market many in the mining sector had ever experienced.

South Africa has 96% of the world’s platinum group metal reserves, and the country is the world’s largest producer of platinum. The Mining Indaba ends on 11 February.