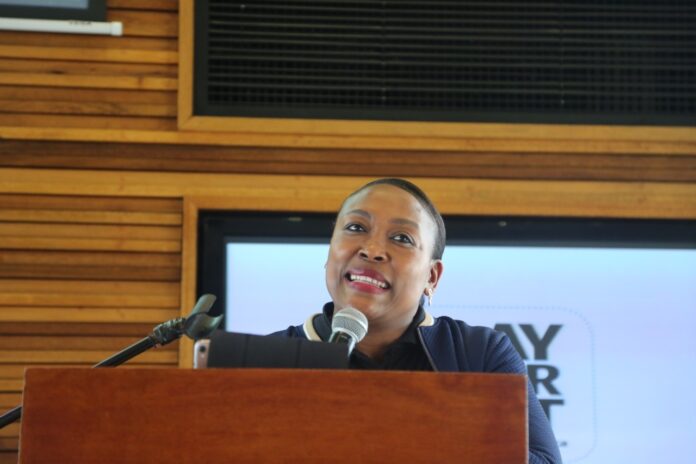 It has been over a decade in since the establishment of Brand South Africa’s Play Your Part initiative and it is stronger than ever. Since inception, Play Your Part has been onboarding new faces that adequately represent the country’s extraordinary citizens, and who are using their resources to co-create a better South Africa for everyone.

Brand South Africa recently held two engagements in Durban and Johannesburg on  7 December and  12 December, respectively, to celebrate Ambassadors and the important work that they do, while further highlighting the importance of their roles.

Acting CEO, Sithembele Ntombela mentioned the importance of Ambassador collaboration, stating that “You first need to love us. Then you need to like us. And then you need to call us.” She reiterated how ambassadorship was ultimately a mutual collaboration, and how vital it was for Play Your Part to keep avenues of communication open in order to fully benefit from the programme’s intent.

Brand South Africa Marketing Manager, Tshepiso Malele, outlined the various pillars that uphold the Play Your Part Programme including Creative Arts, Education, Entrepreneurship and Environment. There are currently a wide range of Play Your Part Ambassadors holding the flag high in their respective fields, from actress Candice Modiselle to social justice advocate Yusuf Abramjee, as well as a variety of socially conscious entrepreneurs who have been active in positively changing the economic landscape to empower youth, create jobs and enhance skills development.

The two events not only celebrated the existing Ambassadors, but also onboarded new ambassadors, including Tshepiso James Kwakwa, a community activist and the founder of The Big Brothers Hug Foundation – an organisation that is dedicated to raising awareness about the mental health of men in the community.

Ambassadors that will be onboarded at the next Play Your Part engagement will be Claudia Noble-Areff, Faith Wesson from the In My Feelings organisation and Sharon Dillner from the Infinity Dignity Organisation, which focuses on period poverty in South Africa.

The Ambassador programme has significantly contributed to South Africa’s global visibility, which Ntombela noted in her address, drawing attention how people make a country what it is, and how people hold the bulk of responsibility for a country’s brand image. Brand South Africa values it’s Ambassadors as champions of South African excellence – and examples of the people who define a country’s personality, both locally and abroad.

For daily insight on the Play Your Part Awards