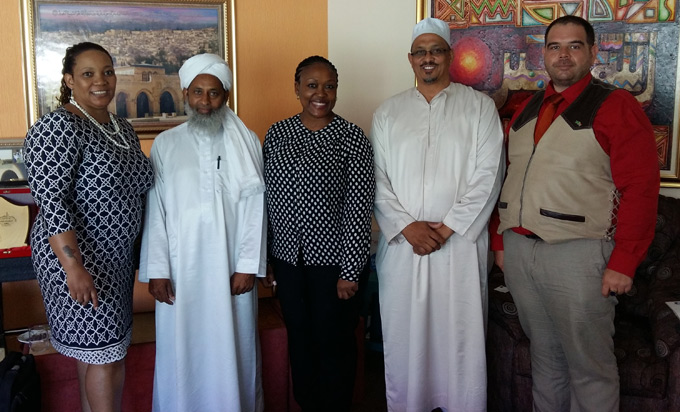 Brand South Africa and the Muslim Judicial Council have entered into an agreement to work together to tell the good story of religious tolerance in South Africa, following a meeting in late February to discuss collaboration between the two organisations.

South Africa’s Muslim Judicial Council, or MJC, is a non-profit faith-based organisation established in 1945. It is one of the country’s oldest, most representative and most influential religious organisations and enjoys local and international credibility.

The MJC Halaal Trust is a major role-player in the positive promotion of and orientation on halal lifestyle for South African Muslims, specifically, and other communities, globally.

The MJC is founded on the values of Ubuntu and tolerance, and speaks to South Africa’s motto of unity in diversity.

A diverse but integrated society

Often referred to as the “rainbow nation”, South Africa is home to a fascinating mix of people. We are Africans, and people of European, Asian and mixed-race descent, enjoying hybrid mixtures of different cultures. But our overarching South African culture ensures that, no matter what a person’s heritage, they are, at heart, proudly South African.

Indeed, as South Africa’s democracy evolves, it is becoming a more diverse but integrated country. Cultural diversity continues to be one of its strongest assets.

The MJC’s alignment to the country’s values and ethos makes its fit with Brand South Africa more natural. While religious tolerance is a challenge in many countries, it is a success story in South Africa.

Another of South Africa’s successes is not widely told: its important role in peacekeeping elsewhere on the African continent.

Following the agreement, Brand South Africa will work with the MJC to promote the good story of religious tolerance in South Africa, a story that will contribute positively to the country’s reputation.