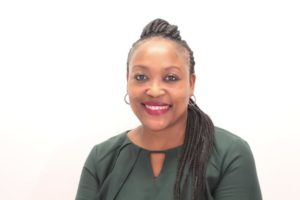 The EU-AU summit on 17-18 February is expected to shift the donor-recipient relationship between Europe and Africa to a partnership of equals.

Heads of state and government from Europe and Africa will gather in Brussels, Belgium, over two days, from 17-18 February 2022, to rekindle the relationship between the two continents that receded after the Covid-19 pandemic struck the world two years ago.

The long-awaited sixth summit between the European Union (EU) and African Union (AU) is expected to reshape the relationship between the two international organisations and shift it away from a donor-recipient affair to a symbiotic partnership of equals.

For several decades, the relationship between the two continents has been characterised by the dependence of African countries on donor funding from wealthy European countries.

On the other side of the coin, European countries have imported cheap raw materials from Africa and exported to our continent high-value manufactured products, resulting in trade imbalances and perpetual economic underdevelopment in Africa.

The sixth instalment of the EU-AU Summit will take place at a time when governments are implementing recovery plans to rebuild their economies dented by the pandemic, the worst to hit the world in more than 100 years.

It also comes at a juncture when the latest Covid-19 variant, Omicron, and possibly future variants, is casting a long shadow over the global economy.

In response, nations are striving to vaccinate their populations as much as possible, to mitigate further loss of life that damages their economies, particularly disruptions of supply chains, aggravated by the implementation of lengthy lockdowns and travel bans.

Making up for lost ground after Covid-19
The summit was supposed to take place in 2020, but due the pandemic spreading across the globe like wildfire; it was pushed to 2022.

The AU and EU leaders convene every three years, so there is a lot of lost ground to be covered, given that EU’s main competitor in Africa, China, met African leaders in 2021 using the Forum on China Africa Cooperation (FOCAC) as a platform of engagement.

China is now Africa’s largest bilateral lender and an important developmental partner on the continent.

At the upcoming gathering, African leaders are likely to express interest in promises of a “financial and economic New Deal” for Africa and shared prosperity between the two continents that were made recently by France’s President Emmanuel Macron, who is also doubling up as the EU’s President.

African countries will also be listening attentively to the EU’s overtures on its intention to remain Africa’s leading partner in economic development, peace, and security.

South Africa’s role
The South African delegation, which will be led by President Cyril Ramaphosa, will place proposals on the table on how the EU can partner with African countries to rebuild their Covid-19 ravaged economies, thereby contributing to solutions to mitigate the impact of the pandemic.

There is an opportunity for the two continents to cooperate in the manufacturing of Covid-19 vaccines and medicines in sub-Saharan Africa. All nations, rich and poor, have an obligation to work together to end the pandemic.

For its part, South Africa is playing a critical role in the global fight against the pandemic. In November last year, South African scientists detected the Omicron variant and immediately informed the world… South Africa is also a manufacturer of Covid-19 vaccines, contributing to efforts to ensure that there are enough jabs to vaccinate the world’s population.

At the height of the pandemic, South Africa launched the Economic Reconstruction and Recovery Plan (ERRP) in October 2020 to rebuild its economy, unlock job creation, boost infrastructure investment, and improve underlying climate through instituting economic reforms to stimulate investment and make it easy to do business.

Since then, the recovery plan has shown signs of bearing fruit, helping South Africa record four consecutive quarters of growth. The country’s economy grew by 1.2% in the 2nd quarter of 2021 and the International Monetary Fund (IMF) estimates 4.6% growth over the whole year.

The successful implementation of the recovery plan has demonstrated that South Africa, Africa’s most diversified economy and one of the top three highest grossing economies in the continent, remains an attractive investment and trade destination. This is due to the country’s political and macro-economic stability, deep and liquid financial markets, independent judiciary, free press, entrepreneurial culture, world-class infrastructure, and a skilled workforce.

As part of a plan to attract over R1 trillion ($100bn) over a five-year period, President Ramaphosa introduced the South African Investment Conference in 2018. This initiative has secured over R770bn ($51 billion) worth of investment commitments.

AfCFTA creates opportunities
Further investments in South Africa are likely to be facilitated by the African Continental Free Trade Area (AfCFTA), which celebrated its first anniversary of trading on January 1, 2022.

As a leading economy in Africa, South Africa played a pivotal role in the creation of AfCFTA, which aims to boost intra-African trade through eliminating import tariffs on 97% of goods traded between African countries. This is truly a historical moment for the continent as it has successfully created a market of over 1bn people with a combined GDP of over $2 trillion, paving the way for accelerating development of African economies.

There is no doubt that African leaders will at the sixth summit highlight how AfCFTA can benefit both EU and AU member states. Prior to the creation of AfCFTA, African countries traded very little amongst each other.

According to the World Economic Forum (WEF), intra-African trade accounts for 17% of African exports compared to 59% for Asia and 68% for Europe.

Africa has come a long way since the first summit held in Cairo in 2001 by the EU and AU forerunner, Organisation of African Unity (OAU). That summit led to the adoption of the Cairo Declaration, which was meant to reconfigure the relationship between Europe and Africa in order to foster a spirit of equality, cooperation, and respect between the two continents.

The upcoming sixth summit presents an opportunity to achieve the vision of the 2001 summit, something that has been elusive for two decades.