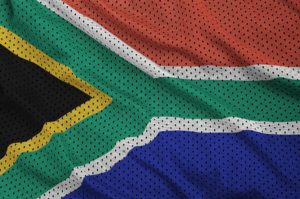 *Nano-satellites are small satellites weighing between 1 kg and 10 kg. They cost less but have the capability of bigger satellites of the past and can be used to track and trace vessels at sea, or aircraft. Nano-satellites support the African Union’s science and technology ambitions, which it believes, could reap massive benefits for the continent.

South Africa is the first country on the continent to have launched the three nano-satellites into Orbix and the launch took place in Cape Canaveral in the United States on 13 January 2022 at about 17h25.

The satellites are part of the Department and Science Innovations Maritime Domaine Awareness Satellite Constellation. The three nano-satellites will detect, identify and monitor vessels in near real-time in support of South African Maritime domain awareness.

“The launch will further cement South Africa’s position as an African leader in small satellite development, in addition, help the country to capture a valuable share of a niche in the fast-growing global satellite value chain,” said Dr. Blade Nzimande

The Cape Peninsula University of Technology (CPUT) developed the ZACube-2 as a technology demonstrator for the MDASat constellation. Minister Nzimande added that the project, which began in 2018, issponsored by the Department of Science and Innovation through a R27 million investment over three years, to develop the MDASat constellation. He indicated that as part of the programme, students are taught engineering principles using Cubesates as training tools.

Prof Robert van Zyl, head of the Africa Space and Innovation Centre also said that this is a major achievement and milestone for the Cape Peninsula University of Technology (CPUT) and the continent. “The African Union Science, Technology and Innovation Strategy for Africa – 2024 (STISA-2024) has six priorities, at the heart of which is the pursuit of space-based applications supported by an indigenous satellite industry. The priorities include putting an end to hunger, bringing about food security and preventing and controlling diseases.

But establishing a sustainable African space industry faces a number of challenges, notably that of funding. Furthermore, young people are generally not rushing to take up careers in science, technology, engineering and mathematics”.