Home » Media Room » Denel in the black after 10 years 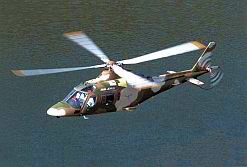 The Agusta A109 Light Utility Helicopter is
one of many products of Denel Saab
Aerostructures, a subsidiary
of Denel. 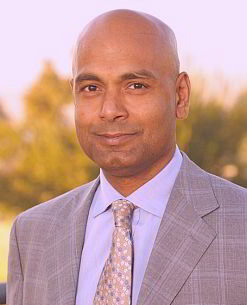 Denel CEO Talib Sadik is confident the
parastatal is on the path to self-sufficiency.
(Images: Denel)

After returning a profit for the first time in a decade, the state-owned arms manufacturer Denel looks set to turn the tide on financial losses and dependence on the government for capital.

Denel announced its R111-million* net profit for the financial year ending March 2011, which is considered a welcome improvement as the group had ended in the red every year since 2001, and posted a loss of R246-million in 2010.

“We are pleased with our results, and particularly because the business generated cash from operations of R178-million, compared to last year when we utilised R344-million,” outgoing group CEO Talib Sadik said in a statement.

Denel said the annual results, released on 6 June, are encouraging in light of the challenging local and global market environment.

The statement also expressed the CEO’s confidence that the company was “firmly on the path to self-sufficiency, prosperity and sustainability”.

Management competence is one of the factors that resulted in income gains, noted the group’s financial director, Fikile Mhlontlo.

“The results have been influenced by improved efficiencies, cost-containment exercises, improvement of financial performance by associates and significant once-off items,” he said.

Denel’s incoming chairman, Zoli Kunene, can already predict profit stability in the group, thanks to the promising results. He said: “During the last five years Denel has seen a steady turnaround, culminating in this year’s operating profit.

“The immediate objective must now be to secure the orders that are in the pipeline and move the company towards a position where it is no longer dependent on government financial support,” Kunene added.

The group was particularly pleased by the fact that Denel’s marketing strategies and efforts had paid off, said outgoing chairman Dr Sibusiso Sibisi. This resulted in increases on export contracts concluded in the previous year.

The public enterprise even scored its largest export ever during the year.

The group plans to negotiate settlement options to bring interest down to reasonable levels.

“We are engaging the shareholder with a view to restructuring the funding balance in order to reduce the interest burden,” said Mhlontlo.

The public enterprise’s fortunes are largely dented by losses at its subsidiary Denel Saab Aerostructures (DSA). It incurred a loss of R237-million, which is still a 28% reduction from the previous financial year.

The “successful implementation of the turnaround plan” adopted in 2009 helped improve DSA’s expenditure to R104-million, down from R263-million. The plan focused on improving manufacturing competence, among other things.

“The narrower loss and improved efficiencies notwithstanding, DSA will still require further shareholder support over the next five years to ensure it becomes self-sustainable,” the group said.

DSA is positioned as a leading designer and manufacturer of metallic and component aerostructures for the military and commercial aviation industry. It supplies aircraft manufacturers like Airbus, AgustaWestland, Boeing and Saab with the locally made aerostructures.

Had DSA achieved the required results, Denel’s net profit would have at least gone up to R348-million, noted Sadik.

DSA should bank on the imminent adoption of the Aerospace Sector Development Plan for profit sustainability.

Role in the economy

With about 6 500 employees, Denel is one of the largest employers in the country. It draws some of South Africa’s most talented engineers and artisans, which means that keeping it as a viable entity would certainly be in the nation’s interest.

The group estimates that its involvement in the local market resulted in the creation of 30 000 skilled technical jobs recently, through sub-contractor companies.

It drew supplies worth over R2-billion from local businesses during the financial year to March 2011, contributing to sustained employment.

“As a significant employer we are making steady progress in human capital development as part of our drive to be a world-class and well respected South African company.”

* The South African rand was R6.71 to the US dollar at the time of publishing.