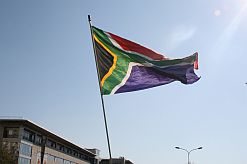 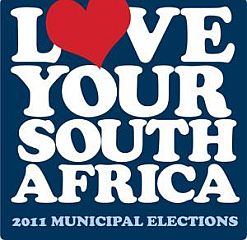 The IEC has launched its voter
registration campaign.
(Image: M&G)

South Africa’s Independent Electoral Commission (IEC) has launched an ambitious drive to swell voter turnout at the 2011 local government elections – a poll that has, in the past, been under-supported, especially among young people.

The government is yet to announce the exact date for citizens to vote in their new municipality council leaders, but it’s expected to be in either May or June. The current term for incumbent councillors ends on 2 March, and the next elections should be held within 90 days of that.

The commission wants to register no less than 1.5-million new voters to ensure these are as well attended as national elections. More than 21-million voters registered for the 2006 local government elections.

About 23-million voters are currently on the IEC’s roll, following registrations for the 2009 national elections.

Registration for the 2011 poll will take place on 5 and 6 February in more than 20 000 voting stations across the country. The IEC said 60 000 officials have already been trained to handle the registrations, while about 196 000 officials will be deployed on the actual day of elections.

The commission’s preparations got under way in September after it received clarity on the voting districts, also known as wards, from the Municipal Demarcation Board. A number of new wards were created as a result of demarcations.

“As an election management body, we are always mindful of the huge responsibility that rests upon us,” said the IEC’s chief electoral officer Advocate Pansy Tlakula. “We have to implement election management processes that will produce an outcome that will be accepted by all contesting political parties and candidates.

“We know that we can only do so if we are meticulous in our preparations for each election.”

The IEC has an excess budget of about R1-billion (US$147-million) for the 2010/11 financial year, which should enable it to acquire sufficient equipment to ensure a smooth voting process.

South Africans who are already on the voters’ roll, or those who registered for the previous elections, need not register again if they are going to vote at the same station. If they are not sure, they can ask the IEC to check if their details are still in order.

New voters will include youngsters who were not yet 18 at the time of the 2009 national elections. “We encourage the youth to take a keen interest in the affairs of their local municipalities,” said Lusani Mulaudzi, chairperson of the ACDP Youth Foundation.

The IEC’s registration campaign has a strong focus on young voters, as their support in municipal elections is usually low. The drive was launched at a glittering event in Midrand, outside Johannesburg, on 12 January.

The campaign is called ‘Love your South Africa’. The commission said it hopes to inspire South Africans to vote in the elections out of a love for their country.

All eligible South Africans have been called upon to register and take part in the upcoming elections. “The love for South Africa must stir each one of us to participate in these elections,” Tlakula said.

Political parties will soon launch their campaigns to woo voters, and earnest preparations and canvassing will start thereafter.

The parties have opportunities to increase representation in eight metropolitan councils, 44 district councils and 226 local councils.

There are currently six metropolitan councils in the country, but this will increase to eight on the day of elections when Mangaung in the Free State and Buffalo City in the Eastern Cape join the ranks.

The metros are nodes of economic growth and have more industries compared to their district council counterparts. They include the City of Johannesburg, City of Cape Town and eThekwini in KwaZulu-Natal.

Election results are expected to attract much interest, especially in the Western Cape where the African National Congress will be hoping to make a mark in the province it lost to the Democratic Alliance in 2009.