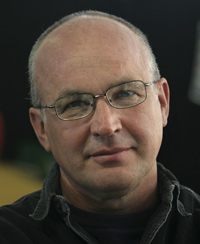 You don’t have to remember too far back, 1989 to be precise, to the day when it was declared game over in the great and often hostile debate between markets and planning. Markets won.

They won decisively and handsomely, it being hard after 1989 to find an economy which at least pretended to be modern which did not both espouse and practice capitalism. True, you could find the odd museum piece, such as Cuba, but after the fall of the Berlin Wall, markets ruled.

Their supporters always saw markets as things of magnificent beauty, each day invisibly and quietly working their magic as they create, calculate and share value. Markets for some came to equal divinity.

But suddenly markets are in big trouble. The crisis is so bad that some banks have already been nationalised. A slew of leading governments are rolling out plans to nationalise their banks, in whole or part in a desperate move to get the world’s financial system working again.

Some experts say that should the crisis continue to develop as it has being in recent weeks that all banks will end up nationalised. The United States and several other governments have already signalled that their central banks will make loans directly on a short-term basis to non-financial institutions. Until now only top-rated banks have enjoyed this privilege.

The central banks have to make loans to large corporations (and states such as California) because the banks have stopped lending to them. So great has the fear factor become that banks are refusing to lend to other banks less they fail and they do not get their money back.

So what appeared until recently to be divine, now looks no more than stupid. How did the all-seeing, all-knowing market come to seize up to the point that nationalisation may be the only way to fix things?

The thing about the banking system is that the taxpayer is always by default in the equation. Banks, as is well known, do not keep enough cash on hand to be able to pay everyone out if there was a run on the bank.

These days, as this crisis has shown, you will not even need to see queues of people outside the bank to know that it is suffering such a run. All clients do it fire up their computers, bring up their bank’s website and start moving cash as fast as they can with no more effort than clicking their mouse.

Now Taxpayer Inc is called to the rescue, in the case of the Royal Bank of Scotland taking control of the bank after its share price had fallen 85% from its peak. The idea is that over time this and other nationalised banks will be sold to private investors.

We’ll have to see. Government may in the meantime get to like the income stream from dividends and prefer to retain ownership.

Viewed from a long-term perspective the debate over private versus public ownership has not ended, and markets have scored an own goal.

In the South African case leading business journalists have been heard to acknowledge that the fact that our market is not so free (exchange controls remain on residents) has acted as handbrake on panic.

Tight monetary policy has seen us fare better than most emerging markets which have found themselves in the market maelstrom as has tight regulation of the banking sector – none of the flighty and fancy unregulated derivative stuff, we’re South African.

So while banks are being bailed out in many countries, money is being printed by the central banks and deposit guarantees put in place, none of these drastic steps have yet visited our shores.

There are few if any obvious winners from the market maelstrom of recent days. One is the Democratic Party’s Barack Obama who has been racing ahead in the polls because he is widely and correctly seen as better able to manage the market crisis. His opponent, John McCain appears to be too set on the business as usual approach of recent years which brought the collapse in the first case.

It is the Republican administration which has presided over the slack and lax credit criteria in housing, funnelling loans to people who had no hope of repaying the loans. It was also this administration which encouraged the development of a massive shadow financial system behind the traditional one.

The latter is highly and prudently regulated. The former, which includes the complex derivative market with a face value of $62-trillion, is less regulated than the casino industry.

This is how it was intended to be. No less than former Federal Reserve chairman Alan Greenspan, a deity himself in these circles, fought off attempts to regulate derivatives on the basis that market players were so sophisticated at managing risk that this was better left to them than fuddy duddy regulators.

Backers of no regulation saw this as a way for the United States to retain its pre-eminence in the world’s financial markets.

Where voices, notably that of Warren Buffet who described derivatives as weapons of mass financial destruction, were raised, they were ignored.

We now have a whole new order where socialism first and now capitalism have seen to fail spectacularly.

Barack Obama has put air between himself and John McCain as blame has been levelled at two successive Republican administrations for the economic mess.

Obama is now just a few weeks off becoming the next president of the United States. His will be the unenviable task of trying to undo the recent mismanagement and  restore the country’s tattered international reputation.

As a journalist Kevin Davie is a Nieman Fellow and editor of numerous South Africa business magazines and newspapers. As an Internet entrepreneur he co-founded South Africa’s first online stockbroker and WOZA, the first news portal which was independent of a traditional publisher.

He divides his time between the Mail & Guardian, where he  runs the business section and pursues the twin interests of economics and environmentalism, and projects in construction (particularly green building) and a better way to search the Internet. He also makes time to paddle and ride his mountain bike.