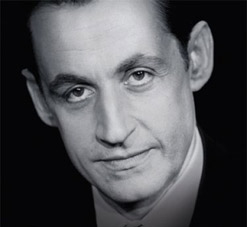 French President Nicolas Sarkozy kicks off a two-day visit to South Africa today to strengthen ties between the two countries and sign a number of bilateral agreements. He will address a joint sitting of parliament this afternoon, hold discussions with South African President Thabo Mbeki, and pay a courtesy visit to Deputy President Phumzile Mlambo-Ngcuka.

Briefing the media on the visit on Tuesday, acting deputy director-general of the Department of Foreign Affairs Gert Grobler said: “France is a key global player.

“It is a member of the UN Security Council – it is one of the permanent members – it is a key driver in the European Union and it is also a member of the G8, with which, as you know, South Africa and Africa engage on an ongoing basis in the interest of taking forward the African agenda.”

Grobler said Sarkozy, who is in regular contact with Mbeki, had promised that France would remain Africa’s most resolute advocate in Africa and major international bodies.

“Africa would remain a priority of France’s foreign policy and a central axis of the EU’s cooperation policy.

“He went to great pains to say that Africa was not the sick part of today’s world as is often the perception, and did not need charity but needed cooperation on an equitable basis.”

France is South Africa’s eighth-largest trade partner and an important investor in the country. This is partly a result of the South Africa-France Business Forum, inaugurated in November 2006 with a visit to the country by an important French business delegation.

To strengthen these ties, French and South African business, accompanied by the two presidents, will meet on Friday. South Africa’s power crisis is likely to be on the agenda, with the CEOs of the Areva nuclear power consortium among the French delegation.

Areva built South Africa’s Koeberg nuclear power plant, and is one of the bidders to construct the first two nuclear reactors in Eskom’s multibillion-rand power expansion programme. An energy agreement between France and South Africa is still under discussion by the two countries’ departments of Minerals and Energy.

The groundwork to the visit was laid during Mlambo-Ngcuka’s trip to France in October 2007. A key issue was closer cooperation with France in advancing South Africa’s Joint Initiative on Priority Skills Acquisition (Jipsa), which aims to develop local skills to help increase economic growth. Areva is training South African engineering graduates, and the Paris Chamber of Commerce plans to initiate a French-South Africa Technological Institute for Electronics.

Sarkozy is a strong advocate of UN reform, particularly of the Security Council. He has called for permanent membership of the council to be expanded to include Germany, Japan, India, Brazil, and one African country. South Africa is currently a non-permanent member of the council, and assumes its presidency for a month in April.

Sarkozy has also alluded to the possibility of expanding the G8 into a G13 by including China, India, Brazil, Mexico and South Africa.

With France set to become president of the EU for the second part of 2008, the first strategic partnership summit between South Africa and the European body will be held on 25 July, in France. Issues topping the agenda will include business, trade, investment and development, as well as African and global issues.

France has expressed its regard for South Africa’s role in promoting peace, stability and development in Africa. France has had a leading role in the deployment of European peacekeeping forces in Chad and the Central African Republic, and works with South African forces in Sudan, the Democratic Republic of the Congo and the Ivory Coast.